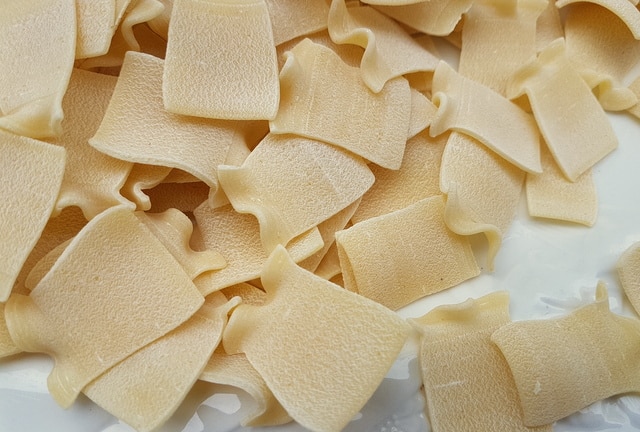 Although once just a way for housewives to use up leftover pasta dough, nowadays, maltagliati pasta is sold by a lot of pasta companies. When buying dried maltagliati, you can find them cut into slightly different shapes; sometimes with ruffled edges and sometimes irregular depending on the pasta maker. In general, homemade versions are often quite irregular. Commercially produced maltagliati, on the other hand, are more uniform. 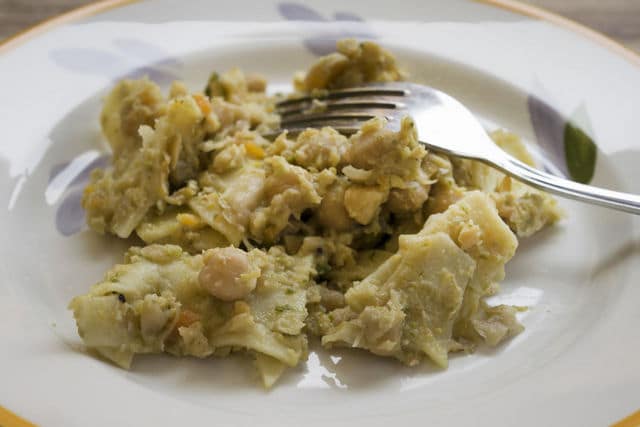 This type of pasta is popular throughout Italy but particularly in Lombardy, Veneto, Emilia-Romagna, Puglia , Abruzzo and the Marche. Locally it may also have different names. For example, in the Valtellina, they make tiny maltagliati from leftover pizzoccheri dough and call it ‘pizzoccherini’. In Liguria, maltagliati is also called ‘martaliai’ and they often add cheese to the dough. In Lazio, this pasta is known as sagne ‘mpezze, in Puglia, it’s also called ‘pizzelle’ and in Abruzzo, ‘pettole’or sometimes ‘fregnacce’. Sagne pasta also from Abruzzo is a type of maltagliati. 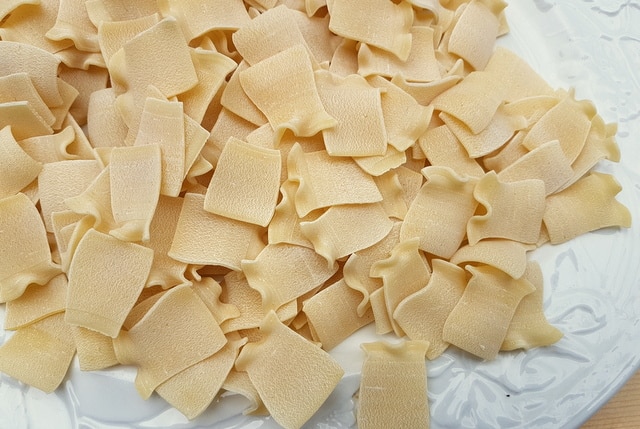 Maltalgiati pasta is served in different ways, either in broth or with a sauce. Again recipes can vary from region to region. In Emilia-Romagna, maltagliati is considered a typical local product. This is not surprising since tagliatelle originally came from this region and they often make this pasta from leftover tagliatelle dough.  The most popular way to cook these pieces of pasta is in a bean soup. Here in Veneto, they also use it in ‘pasta e fagioli’ (pasta and beans). 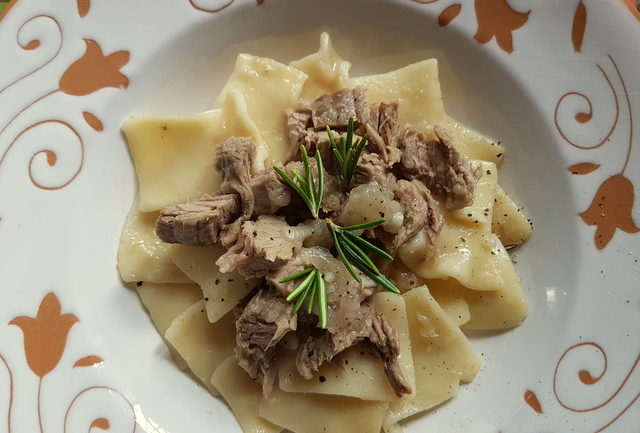 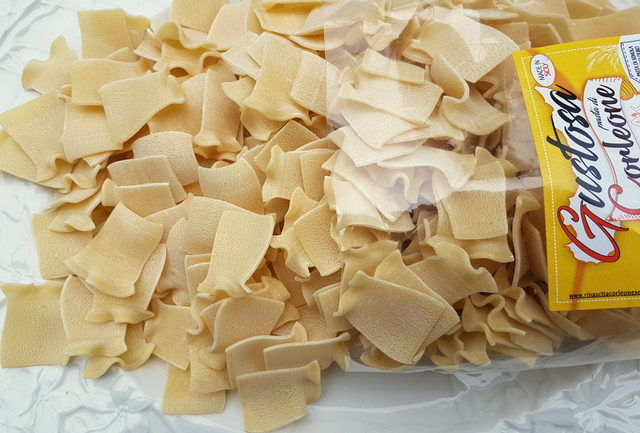 The first recipe I have posted for maltagliati comes from Sicily. It’s called maltagliati con l’aggrassatu. I decided on a Sicilian recipe because I bought the pasta in Sicily, actually in Corleone. This is a small village made famous for its mafia population! This pasta recipe is made with the sauce from a braised veal and onions. You can read more about it by clicking the above link.

I’ll be adding other maltagliati recipes soon. Do you know this pasta? Have you ever eaten it?