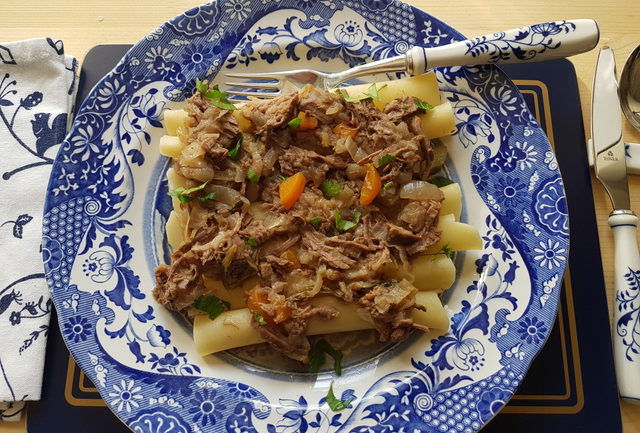 Pasta la Genovese, or alla Genovese, is a traditional, iconic Neapolitan recipe. It is is actually a very old recipe, apparently created in 15th century. It is one of the typical dishes that families in Naples prepare for Sunday lunch and holidays. However, it is relatively unknown outside of Campania. The recipe for pasta with Genovese ragu is basically onions (lots of onions!) and beef cooked together for 3- 4 hours (yes 4 hours!!) to create a thick rich sauce, which is served with pasta, normally ziti or zitoni.

As in a number of other traditional Italian slow cooked pasta recipes like Ischian rabbit and duck ragu, most of the meat is served separately as a main course. However, you can also serve it just with the pasta (as I did) or save it for another meal. 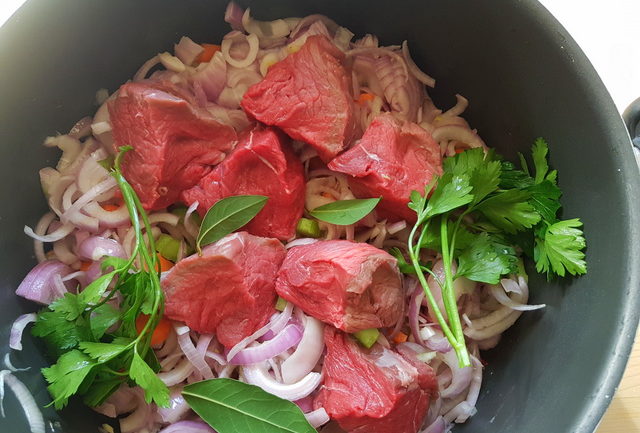 Interestingly, the name of this recipe is not indicative of the place of origin as it is for dishes like tagliatelle alla bolognese, which is a typical recipe from Bologna in Emilia Romagna. This dish isn’t eaten in Liguria or Genova, where Genovese refers to basil pesto. There are a number of theories as to how it came to be called la Genovese. Some believe this pasta with la Genovese recipe was simply invented by a Neapolitan chef whose surname or perhaps nickname was ‘the Genovese’. 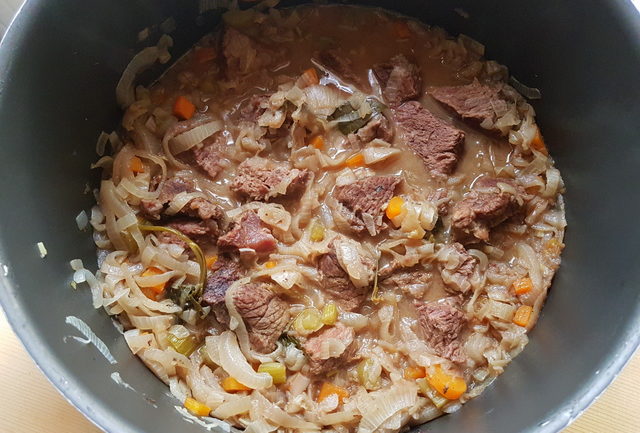 Others believe that it is connected to the Genovese cooks living in Naples when the city was under Aragonese and Spanish rule in the fifteenth century. These cooks were known for their pasta sauces based on meat. This sauce is mentioned as a ‘ragu’ in a famous Italian recipe book from the 19th century. The Theoretical Kitchen-Practice written by Ippolito Cavalcanti,  Duke of Buonvicino, is said to be the book that brought Neapolitan cuisine to the world! 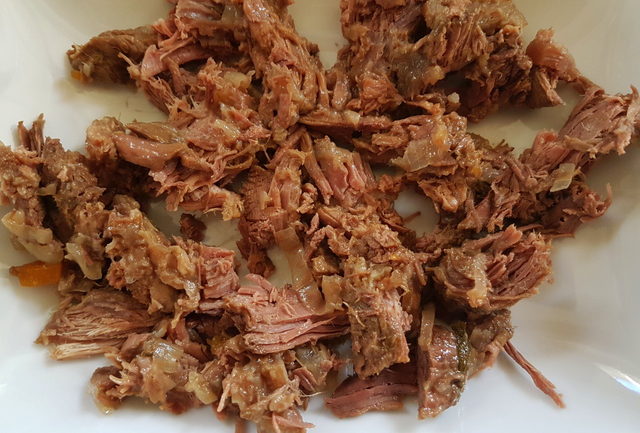 The recipe in Cavalcanti’s book is less elaborate than the one popular today. This version most likely dates back to the second half of the 19th century, and was considered the poor version of a classic ragu. 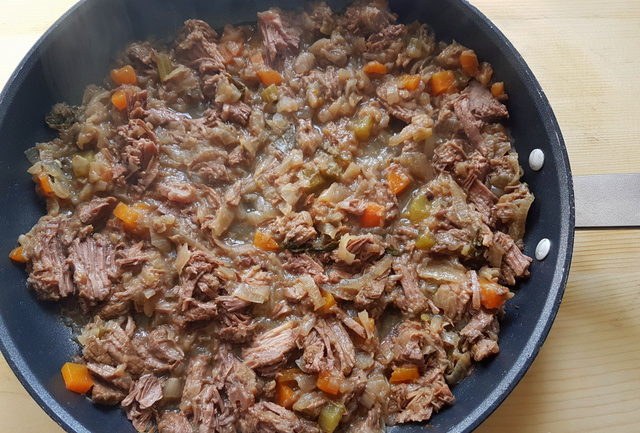 The right ingredients for pasta with la Genovese!

To make pasta with la Genovese you have to choose a cut of meat, usually beef, that is well suited to long slow cooking such as a chuck roast or braising steak.  The onions they use in Naples are traditionally coppery outside and slightly red inside, particularly Montoro onions. But, you can use normal yellow onions. Finally, to make your pasta la Genovese very Neapolitan, use ziti or zitoni that have been broken in half by hand before cooking. If you can’t find this pasta then short pasta such as rigatoni or penne work well too! 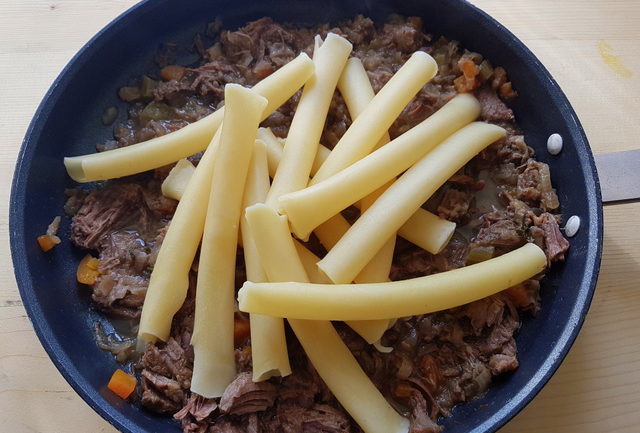 Cook it long and slow!

The true secret of pasta with la Genovese ragu is the long and very slow cooking of the ragu; only in this way can you get the classic brown colour of the sauce, onions that are almost like jam and meat that will melt in your mouth. Obviously every Neapolitan family has its own recipe with slightly different quantities and ingredients.

I have come across versions that are cooked for 5 hours and some for 2! Others that include different herbs, other types of meat and also tomatoes. I made it without tomatoes, as traditionally it is supposed to be a ‘white’ sauce. This recipe doesn’t normally require broth or water as the onions create a lot of liquid. But, if your sauce is drying out, add some beef stock or water. 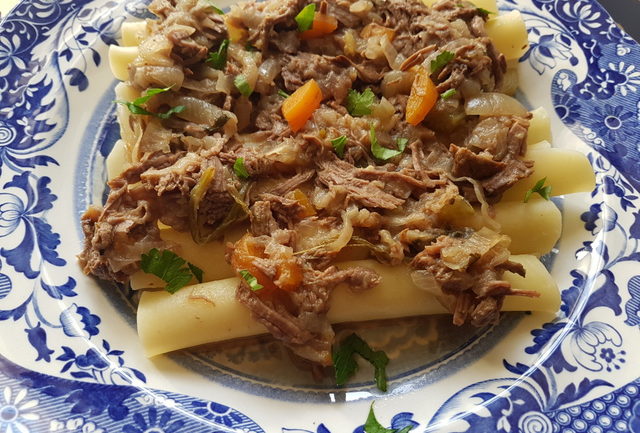 I have to say this ragu was one of the best I have ever eaten and so worth the time it takes to make. Of course, it’s not a dish you can cook every week, but for special occasions. I think it’s perfect. I hope you’ll give it a try!

Pasta with chanterelle mushrooms and speck. 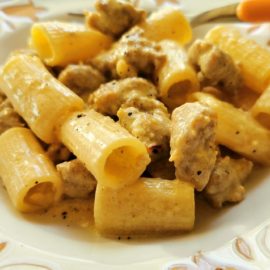 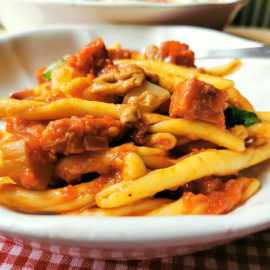