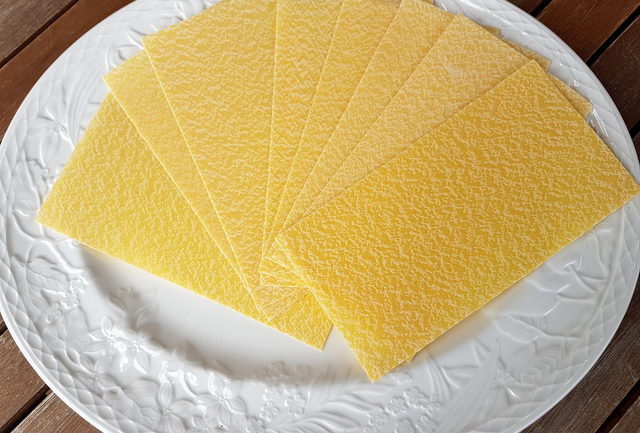 In Italian, lasagne is the name given to those flat rectangular sheets of pasta most non-Italians call lasagna. But actually, lasagna is the singular of lasagne. Most pasta names in Italian are used in the plural form because recipes usually involve more than one piece of pasta! This is why I often find myself using plural verb forms when I write or talk about a particular pasta. After 14 years in Italy, it seems to come more naturally to say ‘spaghetti are..’ instead of ‘spaghetti is…’! If you’ve read some of my other blog posts you may have noticed this habit!  In general, when talking about the pasta, Italians use the word ‘lasagne’, but for recipes they sometimes use ‘lasagna al forno’ too.

Lasagne are probably one of the oldest forms of pasta. The ancient Romans ate a dish known as ‘lasana’ or ‘lasanum’ which is believed to have been similar to today’s lasagne al forno (baked lasagna). This was a thin sheet of dough made from wheat flour, which was baked in the oven or directly on the fire. Some food historians believe this pasta to be even older, claiming that the word originally comes from the Ancient Greek word laganon and was ‘borrowed’ by the Romans. In both cases, the original words referred to a cooking pot and eventually the dish was named after the ‘pot’ it was prepared in. 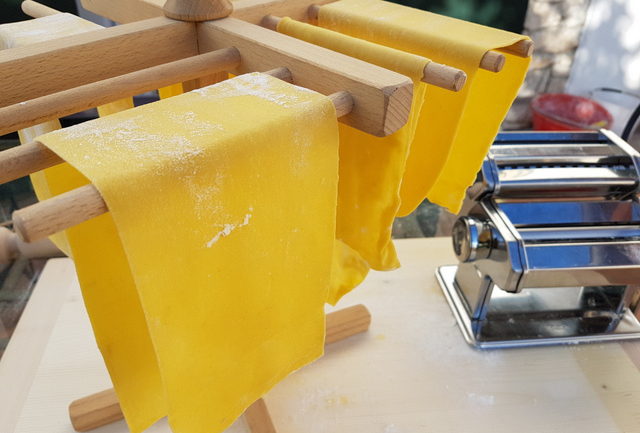 In the Middle Ages, baked lasagne became so widespread that many Italian poets and writers mentioned it in their writings. Many of the recipes from the Middle Ages onwards describe a dish more like the one we know today which had layers of pasta sheets that were cooked with meat and or cheese between them. However, it wasn’t until tomatoes started to be used in Italian cooking around 1800 that lasagne al forno started to look more like the dish many of us call ‘lasagna’.

Having said that, not all Italian recipes for ‘lasagna al forno’ contain tomatoes. There are many ‘white’ recipes too. Here in Northern Italy, these dishes (red and white) are also called ‘pasticcio’. However, although pasticcio has layers of pasta with various sauces baked in the oven, it isn’t always made with lasagne pasta. 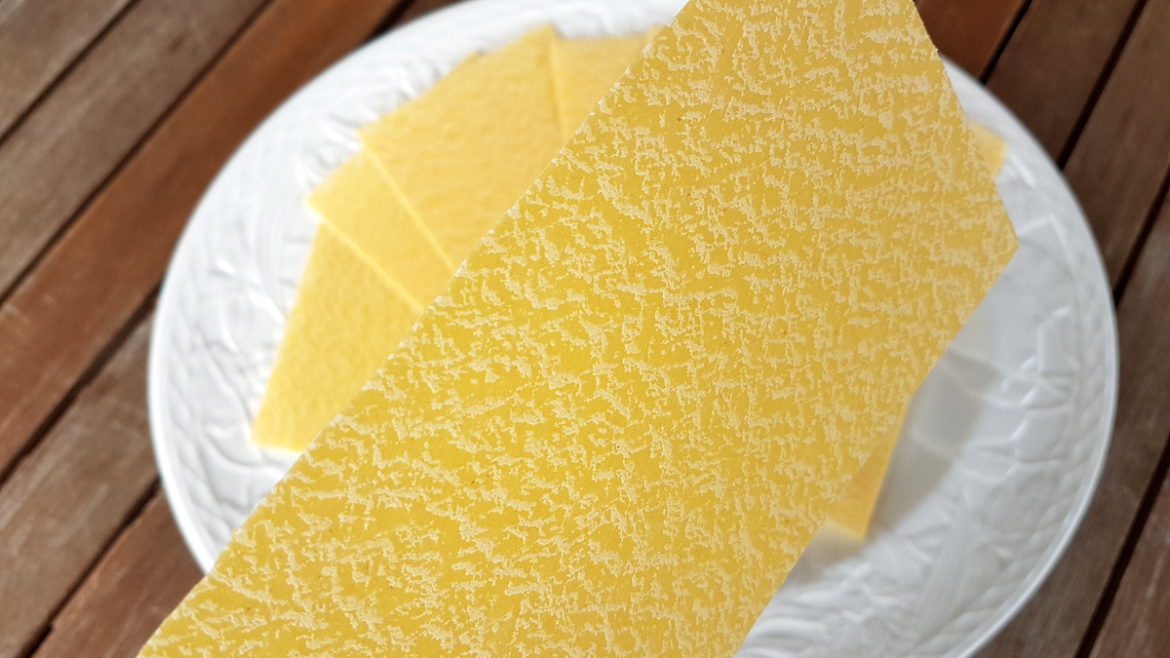 Today, lasagne al forno is a classic dish in many Italian regions and one of only two ways Italians prepare this pasta. The other is to roll filled the pasta sheets to make fresh cannelloni or manicotti. Baked lasagne recipes vary from region to region. In Emilia-Romagna and most of Northern Italy, it is made with fresh or dried egg pasta and a classic bolognese sauce, Parmigiano-Reggiano cheese and bechamel sauce. In Emilia-Romagna they also often use green lasagne. While Neapolitan lasagna, a typical carnival dish in Campania, is prepared with Neapolitan ragu, meatballs, cow’s ricotta, provola and pecorino cheese. The pasta sheets used in the south are usually dried and sometimes made without egg. 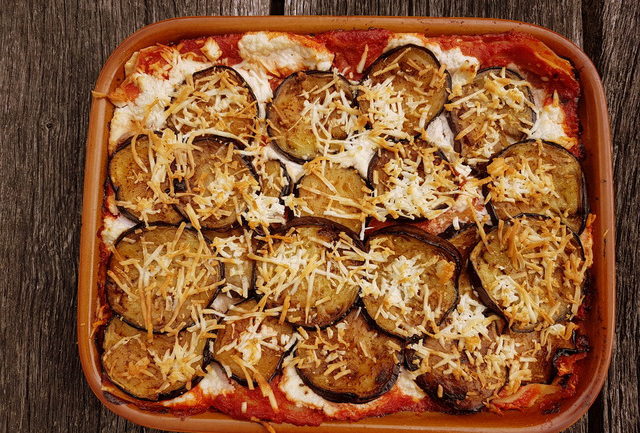 In some mountain areas, the ragu or meat sauce is often replaced by mushrooms. In Liguria, they sometimes use pesto instead of ragu and in Veneto, red radicchio from Treviso. In Umbria and in Marche there is a particular version, called ‘vincisgrassi’, in which the ragu is enriched with chicken or pork offal. In the Apennines, the ragu is replaced by a filling of porcini, truffles and pecorino. Also, in Sicily, there is also the ‘alla Norma’ version with eggplants or they add boiled eggs to the dish. 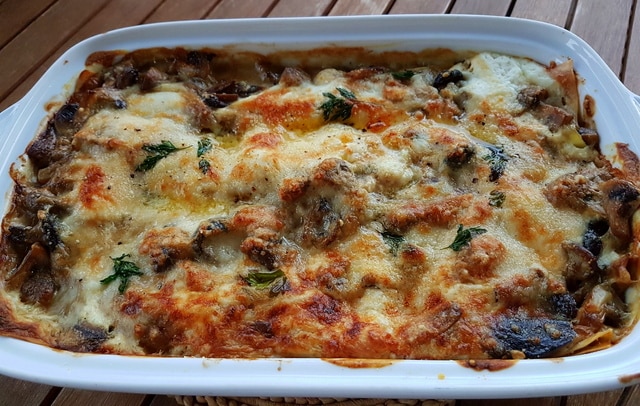 Baked lasagne recipes on the blog.

I’m sure my list of different lasagne al forno recipes is not complete and there are other typical versions in various regions. However, suffice to say that this pasta is popular throughout the Italian peninsula and certainly the most known version, outside of Italy, is the one from Emilia-Romagna. If you like lasagna al forno, I am certain you will enjoy trying out some of the lesser known recipes I have included here on the Pasta Project. One of my favourites is a ‘white’ lasagna al forno from Puglia which is made with mushrooms and burrata. Believe me when I say it’s amazingly delicious and since there’s no meat included, perfect for vegetarians too!

Here in Italy, lasagne sheets are often homemade or bought fresh as many supermarkets stock fresh sheets. This pasta is quite easy to make at home. If you wish to give it a try, do have a look at my recipe for homemade lasagne. I’m sure you’ll enjoy making it yourself and nothing quite beats the satisfaction of making your own pasta!