Bucatini or Spaghetti All’ Amatriciana.

Amatriciana is a simple and delicious classic Italian pasta recipe from Lazio with pretty ancient origins. It’s popular with kids and adults alike throughout Italy and abroad! 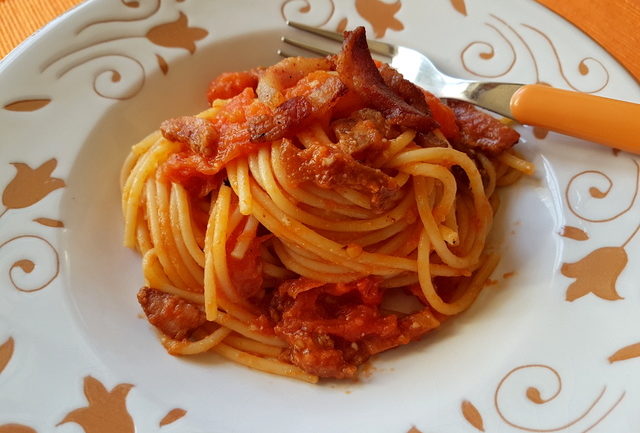 Sadly because of the devastating 2016 earthquake that destroyed much of the town of Amatrice in Central Italy, amatriciana has become a pasta dish that I cannot help but associate with that tragedy. However, I was very touched by how many restaurants here in Italy and abroad raised funds to help the town’s people by donating all or part of the takings from sales of plates of pasta all’amatriciana in the weeks following the quake. (Italians say all’amatriciana but abroad this recipe is often just referred to as amatriciana). 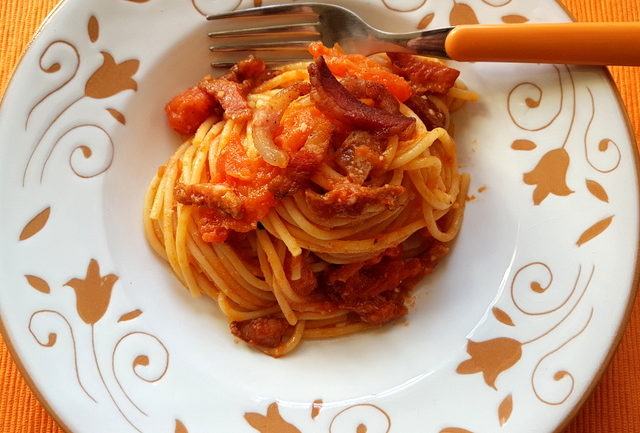 Of course, Amatrice was already well known for its famous pasta recipe even before the earthquake. This dish is based on typical local ingredients. Traditionally the local people use a cast iron frying pan or skillet to make this dish. The original sauce contains only tomatoes, guanciale (pork cheek), pecorino, red chili pepper and white wine. However, like other classic Italian recipes you can find it made with other ingredients in it! 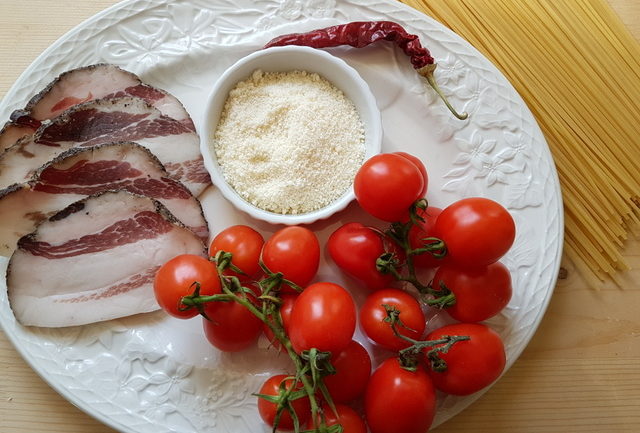 Amatriciana, also called matriciana in the local dialect, was originally just a white condiment (no tomatoes!).  This original version is called ‘alla gricia‘. This was apparently the main meal for Amatrice shepherds. The shepherds carried pieces of pecorino in their packs, along with bags of black pepper, dried pasta, cured pork cheek and lard. Between the seventeenth and eighteenth centuries tomatoes were imported to Italy and a tomato sauce was added to the recipe. 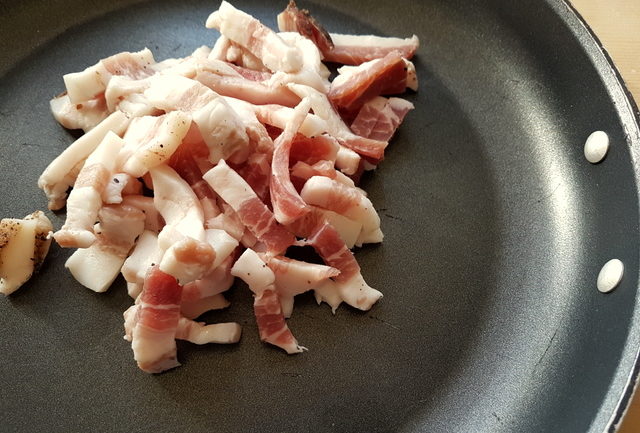 Amatrice became famous for creating this ‘new’ recipe and in fact the town has held an annual festival in celebration of amatriciana for more than 50 years. In 2016 the festival was cancelled because of the earthquake which happened just a few days before the date of the festival. It was held instead in Rome in December. 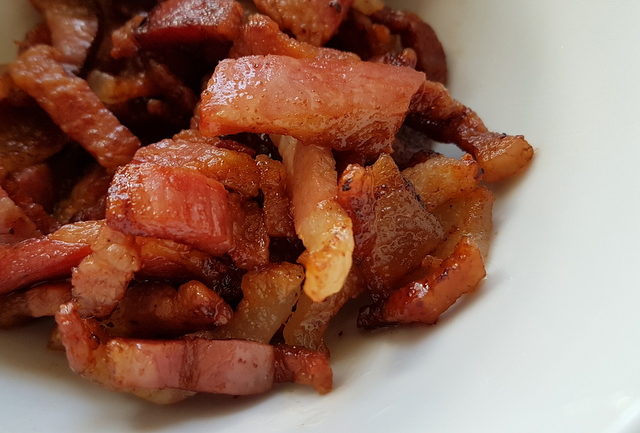 Although it is not originally from Lazio (during the Kingdom of the Two Siciiys, Amatrice belonged to Abruzzo), amatriciana has become a classic Roman recipe. However, it is more often served with bucatini in Rome and spaghetti in Amatrice. Both pastas work really well in this dish. For this recipe, I used spaghetti but I like it with bucatini too. 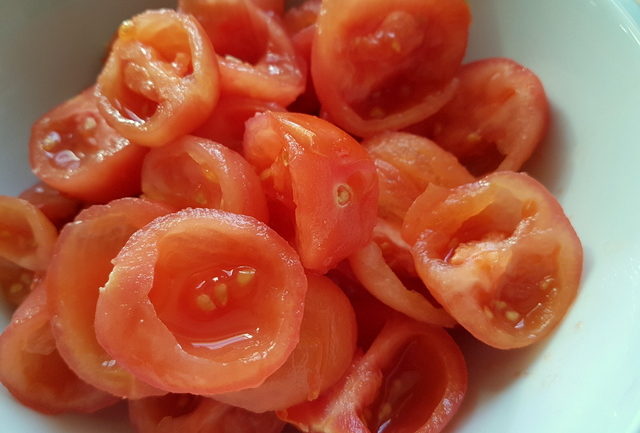 The people of Amatrice are very strict about the ingredients of this sauce and have been known to take offence when chefs become creative with their own versions. There’s a lovely story of when two Michelin star chef Carlo Cracco confessed that he put garlic in his amatriciana and the Amatrice town council accused him of ‘a lack of judgement’ on their Facebook page!!! 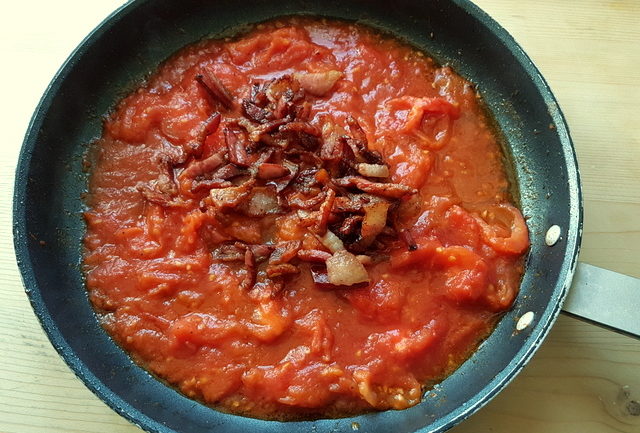 The recipe below is based on the original, except for the use of olive oil instead of lard. Bucatini or spaghetti all’amatriciana is a recipe that everybody loves, especially kids! So, it’s well worth adding to your own pasta repertoire if it isn’t there already. 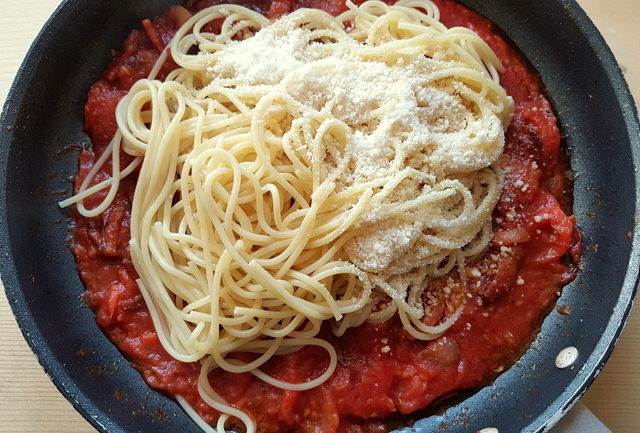 If you do try this bucatini or spaghetti Amatriciana recipe, I’d love to hear what you think. Please write a comment here on the blog or post a comment on the Pasta Project Facebook page.

Other Classic Italian pasta recipes on The Pasta Project 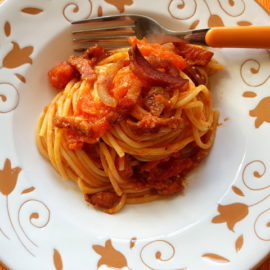 There are no other ingredients in the original recipe. Some people add onions, garlic, celery or carrot, but the taste of the sauce will change slightly with different ingredients. In Rome, onion is often added. If you can't find or don't like pork cheek (guanciale) you can also use pancetta.
Keyword amatriciana, bucatini, guanciale, spaghetti 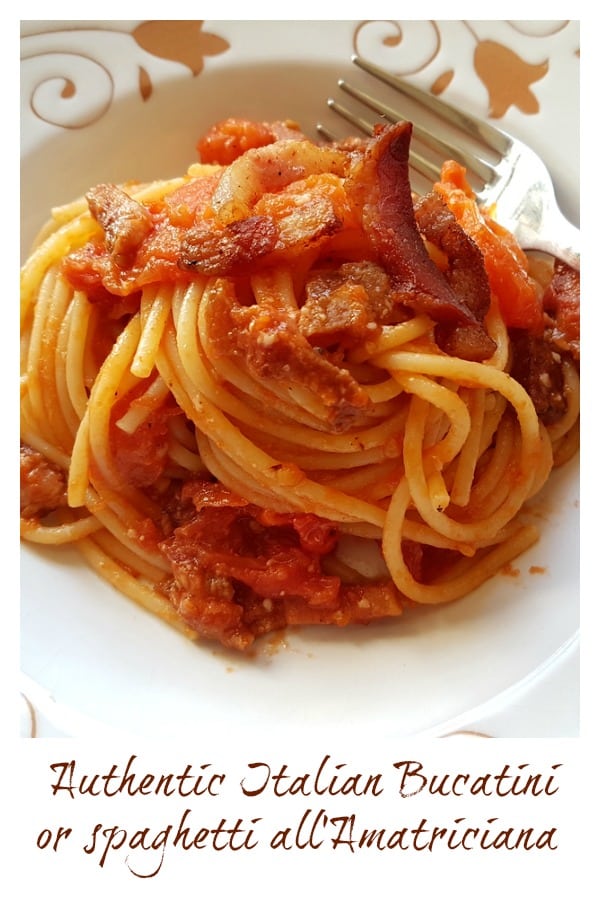