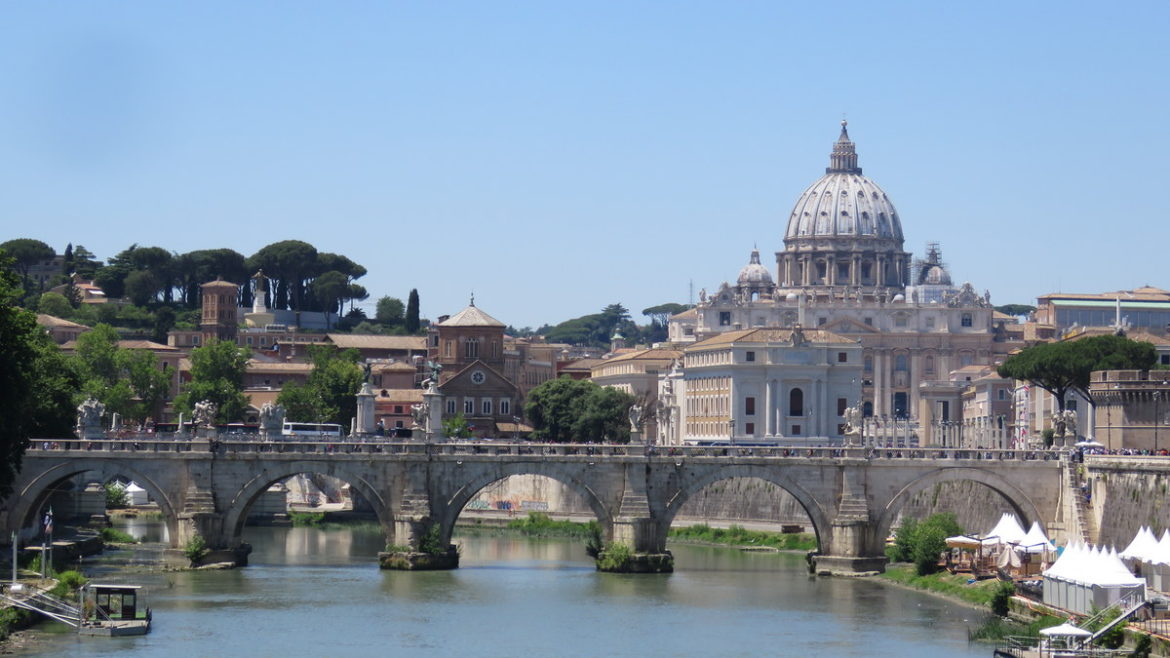 Lazio, also known as Latium in the English speaking world, is one of the largest and most populated Italian regions. It is also the most visited, mostly because it is home to the capital Rome! And of course, the Eternal City is a great attraction with all its outstanding art, architecture and ancient ruins. In fact, Rome welcomes around 9 million tourists a year!

However Lazio isn’t just the capital, even if all roads lead to Rome! Lazio also has mountains, lakes,  a beautiful coastline on the Tyrrhenian sea, many thermal baths dating back to Roman times and some of the most well-known Italian cuisine. 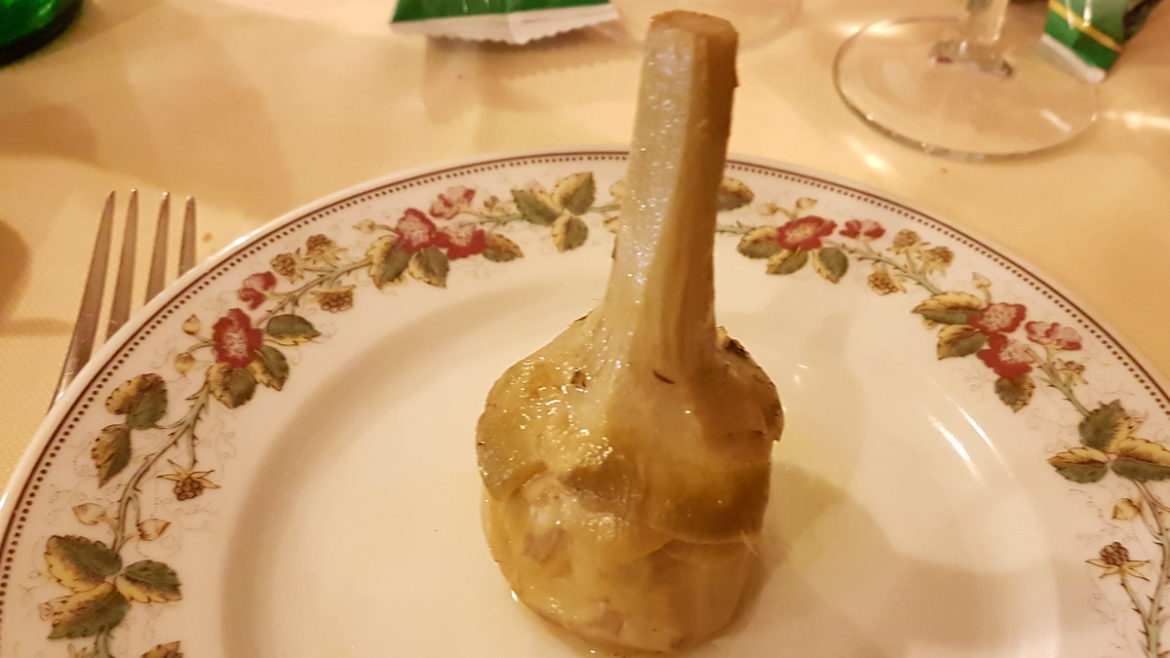 What the Romans eat!

The hills in this region are rich and fertile making the cultivation of vegetables of all types easy. As a result veggies are an important part of the cuisine. They are most often cooked with generous amounts of oil, herbs and garlic. Typical vegetables to look out for are Roman artichokes, chickpeas, fava beans, broccoli and zucchini flowers.

When it comes to meat dishes, many tend to be heavy and strong tasting, a throwback to the days of poverty when the rural population made do with the less popular and cheaper cuts of meat. Even today, traditional Lazio cuisine relies heavily on inexpensive cuts of meat. Offal is a popular buy at local butchers and although Rome’s more refined restaurants may not include it, traditional eateries still do. Other traditional meat dishes make use of oxtail, veal, lamb and pork. Chicken is used in Lazio more than in other regions and they also eat a fair amount of rabbit. Wild vegetables and herbs are gathered in the countryside along with snails which are a popular dish. 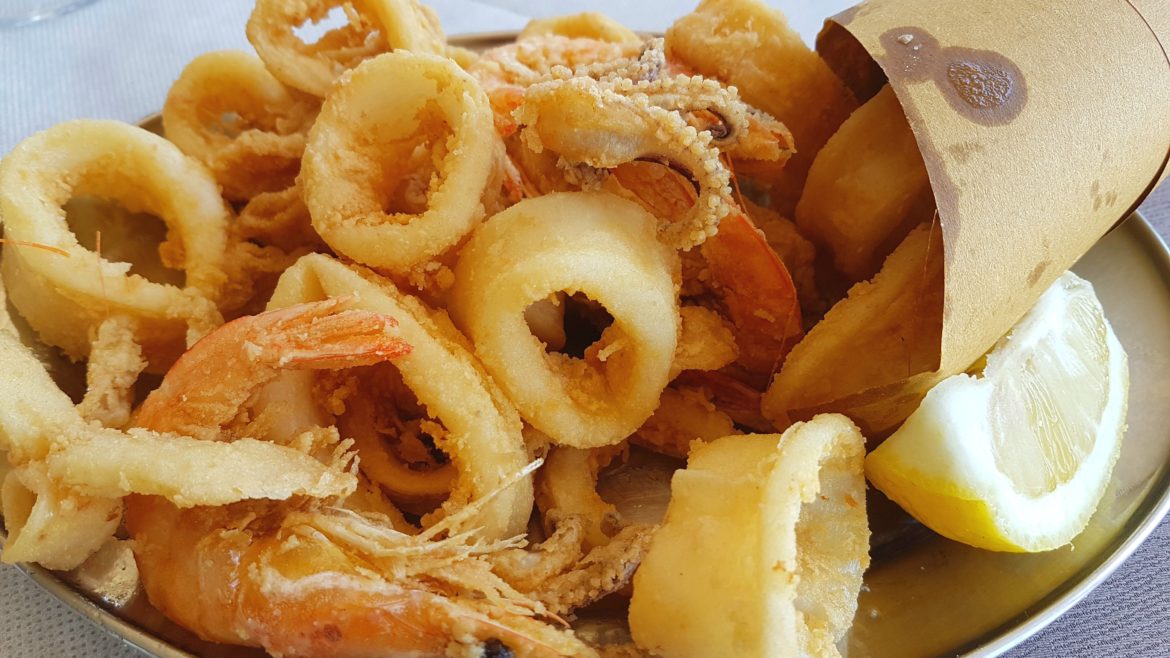 Because Lazio has a coastline, seafood and fish are also typical dishes. Excellent baccala (salt cod), deep fried seafood and grilled fish and prawns can be found in restaurants along the coast and in Rome.

Lazio pasta recipes make use of both fresh and dried pasta shapes. However, spaghetti is a firm favourite. Pasta sauces in this region are often quite simple and don’t always include tomatoes. Instead they use a lot of butter, oil and cheese, especially  their famous sharp-tasting sheep’s milk cheese, Pecorino Romano.

The most popular and well-known pasta dishes include ‘lasagne or fettuccine al burro’(known outside of Italy as pasta Alfredo). This dish involves taking strips of an fresh egg pasta and gently coating them in butter, cream and freshly grated Parmesan cheese. For heartier sauces the people of Lazio use pasta tubes. ‘Bucatini all’amatriciana’ is made with long thin pasta tubes and a spicy pork cheek sauce with grated Pecorino cheese and tomatoes.  ‘Penne or bucatini all’arrabbiata’ is topped with a spicy tomato sauce seasoned with chili peppers and garlic. Rigatoni are traditionally served with a rich tomato sauce that contains beef intestines and is flavored with herbs, garlic and salt pork in a dish called ‘rigatoni con la pajata’.

Famous spaghetti recipes from Lazio include ‘aglio, olio, peperoncino’ in which the pasta is dressed with extra virgin olive oil that has been heated with garlic, parsley and chili peppers;  ‘Spaghetti cacio e pepe’ made with lots of black pepper and Pecorino Romano and, of course, ‘Spaghetti alla carbonara’ which needs little introduction!

Lazio cuisine also includes a number of pasta types not commonly found or consumed outside of the region. Typical Lazio pasta types include tonnarelli, sagne, quadrucci, maltagliati, frascatelli, ciacamarini and lombrichelli. I have tried some of these Lazio pasta types and hope to get the opportunity to try more of them in the near future. In the meantime, take a look at the Lazio pasta recipes I have already posted.  I am sure you will like them! 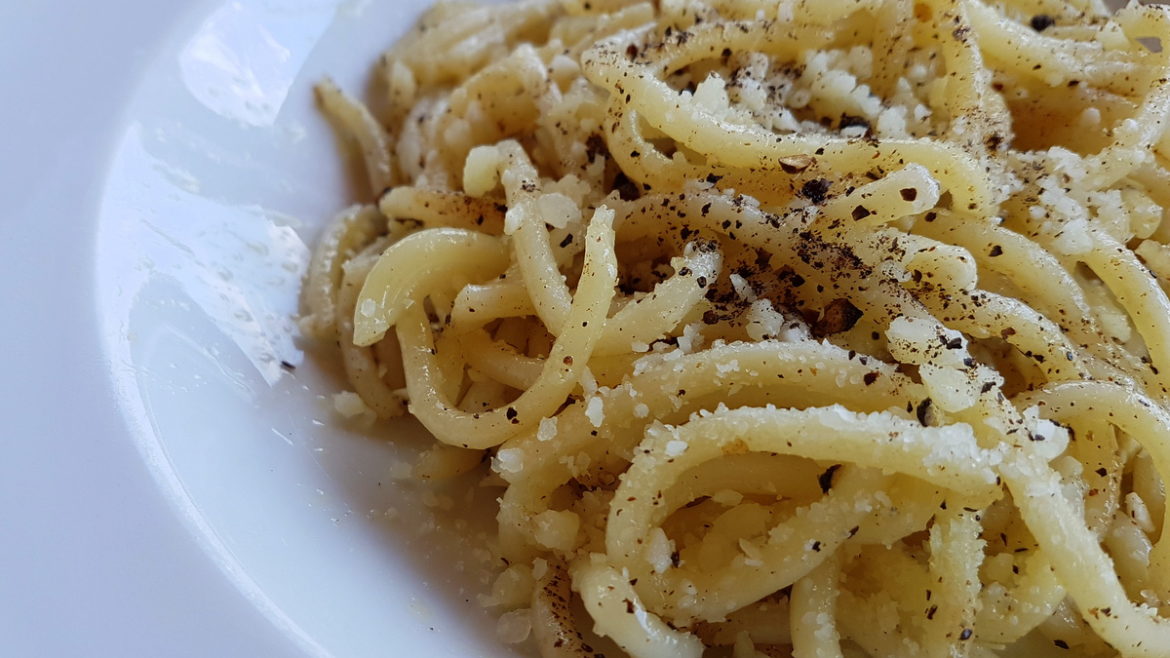