Home » Pasta Types » Bucatini » Bucatini; the spaghetti with a hole!

Bucatini; the spaghetti with a hole! 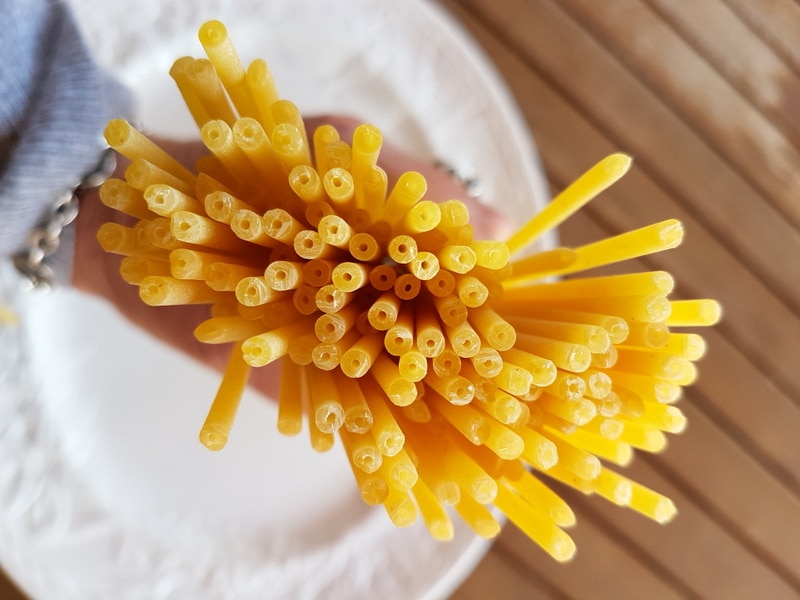 Bucatini is a type of pasta very similar to spaghettoni, meaning large spaghetti (yes there are thick spaghetti!) However, bucatini have a tiny hole running through them, which some Italians say makes it a great pasta for hearty or creamy sauces as the sauce actually gets inside. I’m not sure about sauce getting very far into the pasta unless you use it like a straw and suck the sauce through it. Yes, you can! But maybe all the sucking and slurping that ensues might shock your dining companions, unless you’re 12 years old of course!!

I do know that one reason for the hole is it enables the pasta to cook more evenly, inside and out. Otherwise the inside would still be hard when the outside is cooked. However, the origin of the hole most probably lies in the original method of making this type of pasta by hand with a rush or a thin rod known as a ferretto. A small piece of pasta dough was rolled and stretched around the ferretto which was then withdrawn, leaving a hole inside the length of the piece of pasta. This is also the way busiate , maccheroni al ferretto and fusilli are still made by hand in southern Italy. 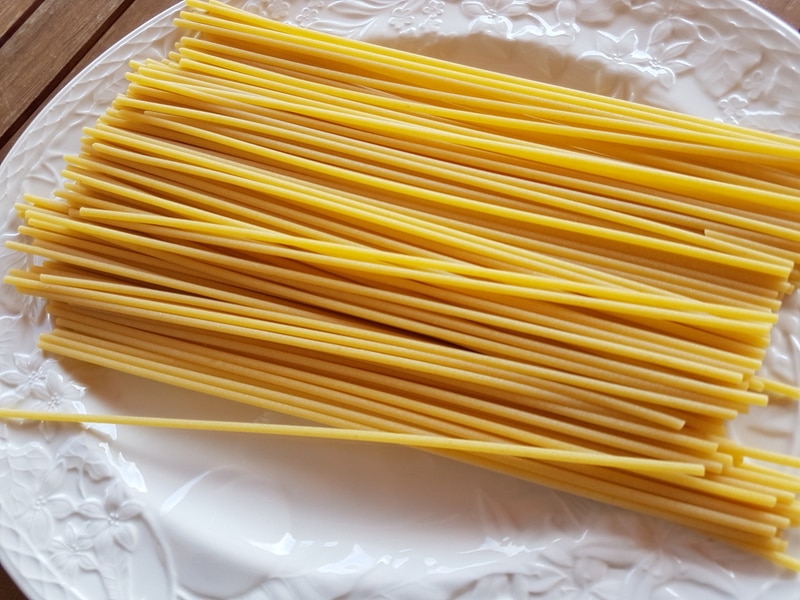 Nowadays, this pasta is commercially produced by many Italian pasta makers and can be bought throughout Italy as well as online or in Italian speciality shops abroad. It also exists in a small version – bucatini piccoli, a big version- bucatini grandi and a grooved version called bucatini rigati.

The name ‘bucatini’ comes from the Italian ‘buco’ meaning hole. However, like so many pastas, this type has a different name in Southern Italy where it is often called perciatelli from the Neopolitan word ‘perciato’ meaning pierced. I have read that in the USA it is sometimes easier to find it packaged as perciatelli rather than bucatini. 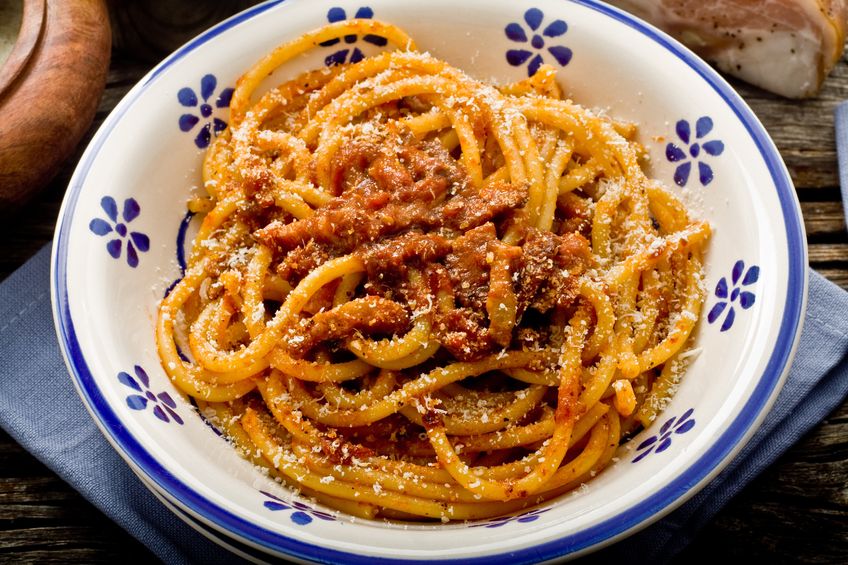 Although most probably invented in Southern Italy, this pasta is very popular in Central Italy, in particular Rome and is used in many classic Roman pasta recipes such as carbonara and cacio e pepe. Bucatini is also ‘the’ pasta to eat with amatriciana in Rome and that is one of the first recipes I have posted for it. I also like to eat this pasta with arrabbiata, even though penne is the more traditional pasta for that sauce. If you haven’t tried this pasta before you must do so. It’s super tasty and all that sucking and slurping is such fun! 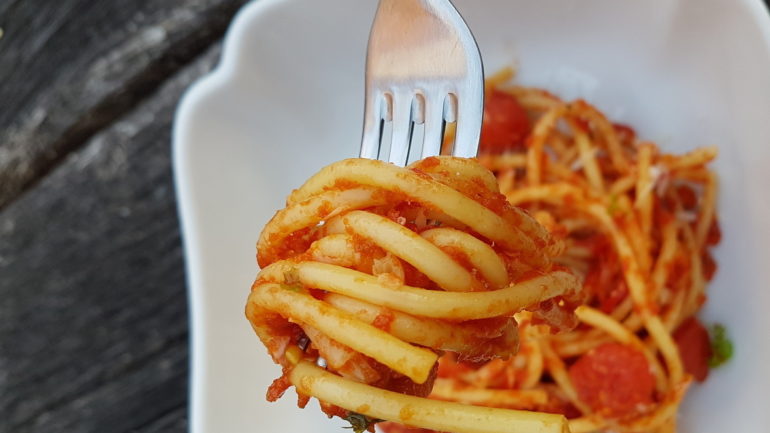