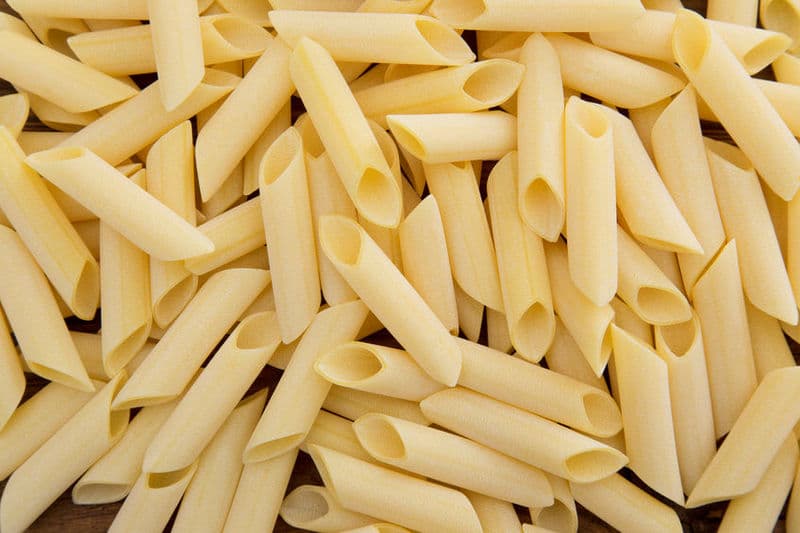 Penne is a short pasta tube popular throughout Italy and abroad. This versatile pasta shape was invented in Liguria and can be used in lots of different pasta recipes.

What does the word ‘penne’ mean?

It’s not difficult to understand that the word ‘penne’ or the singular ‘penna’ means ‘pen’ in English. Given that this pasta looks like the nib of an old fashioned pen or quill, it’s obvious that the name came from that similarity.

Many pasta shapes are named after things they look similar to. For example, farfalle means butterflies in English and conchiglie means ‘shells’.  My question is, what came first? Did someone decide to create a pasta shape that looked like a shell or was it accidental? I guess in many cases we may never know! 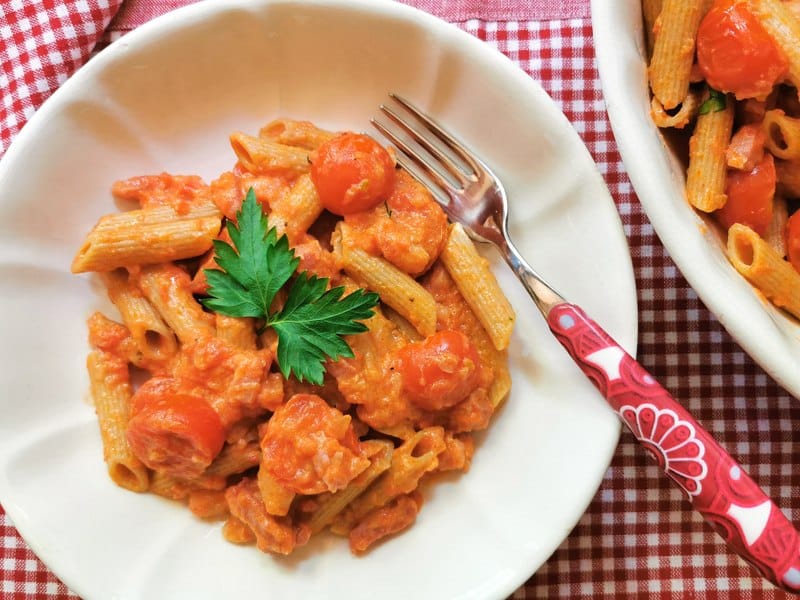 In the case of penne, however, there is a precise date of birth! On March 11 1865, pasta maker Giovanni Battista Capurro, from San Martino d’Albano near Genoa, succeeded in patenting a machine capable of cutting pasta diagonally without breaking it. Until then, cutting pasta was carried out by hand, with scissors, leaving an irregular and jagged edge on the final product. Interestingly, the first version of this pasta was coloured, in the medieval way, with saffron. 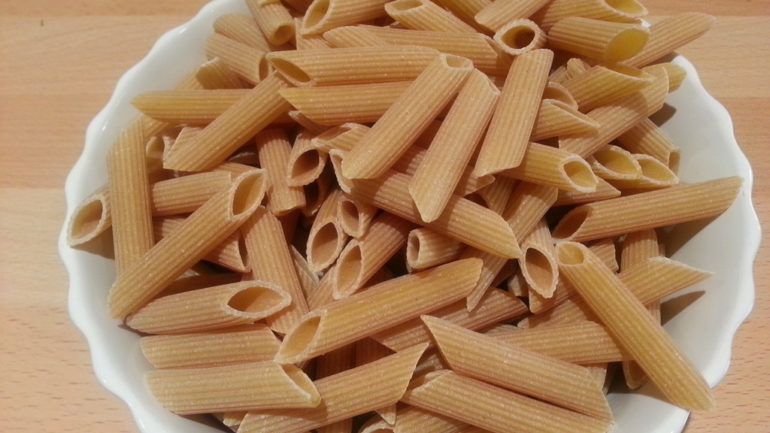 Rigate and lisce (grooved and smooth).

There are two types of penne pasta; ‘rigate’ meaning grooved and ‘lisce’ meaning smooth.  Needless to say, rigate have grooves on the surface of each penna, whilst the smooth ones are, just that, smooth! Penne is a very versatile type of pasta and, subsequently, popular throughout Italy and abroad. The fact that it is cylindrical means the sauce actually gets inside the pieces of pasta. The grooved version also allows the sauce to adhere to its surface, making every mouthful rich and tasty! 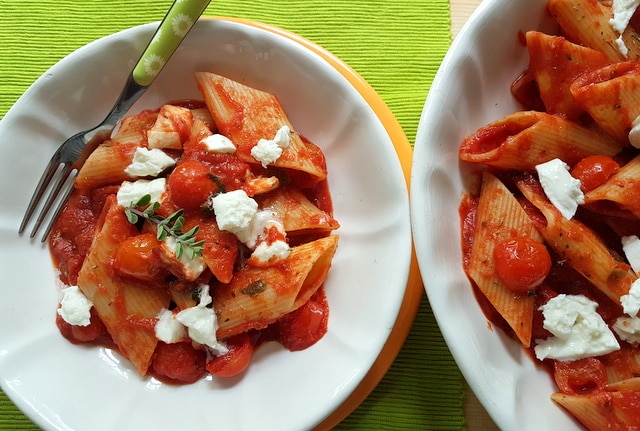 pasta alla Pizzaiola made with pennoni

As mentioned before, penne originated in Liguria. From there, its popularity spread and today they eat it throughout the Italian peninsula.  This pasta shape is most often served with heavier meat or tomato based sauces and not so frequently with seafood or light creamy sauces. It is also a very popular choice for baked pasta dishes and pasta salads.

One of the most well-known penne pasta recipes is ‘arrabbiata’ which comes from Rome. The pasta is served with a spicy tomato sauce made from tomatoes, red chilli peppers and garlic. The word ‘arrabbiata’ means angry in English and refers to the fact that the sauce can make your face turn red, similar to when you are angry! 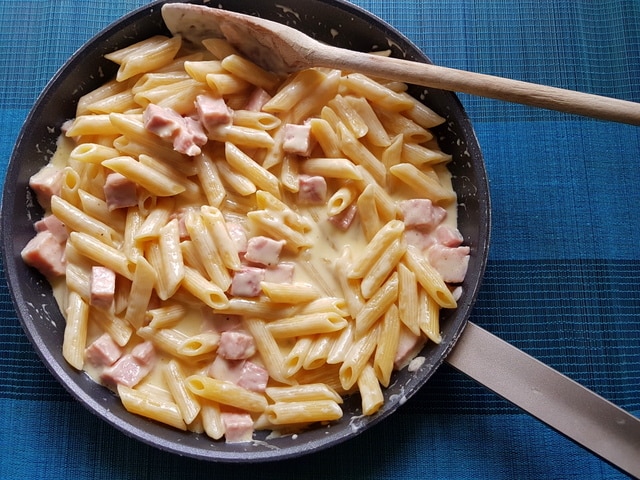 Nowadays, it is possible to find penne made with different flours. Apart from the original version made with durum wheat flour,  there is also a version made from kamut (khorasan). You can also buy this pasta in a whole wheat variety and  tricolore (meaning 3 colours) made with spinach and tomatoes (or other vegetables).

There are also different sizes. Mezze penne which are half the size of normal penne and pennoni which are larger. Whichever type of this pasta you prefer, it is a very good staple pasta to keep in the larder and much more versatile than most long pasta.

Check out some of our penne recipes.