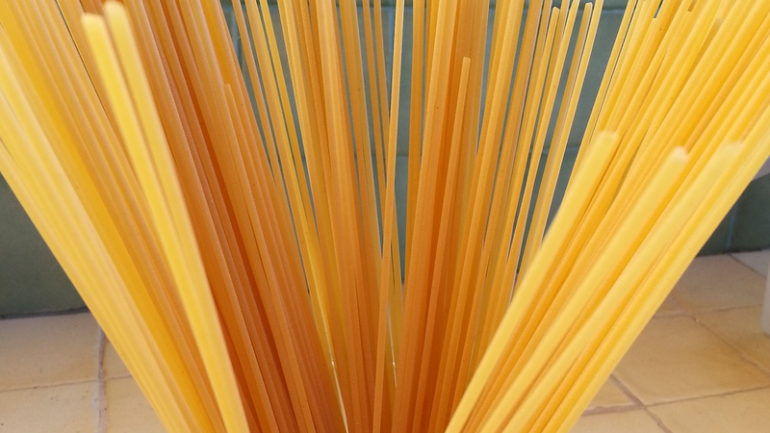 Did you know that originally spaghetti was much longer than it is now?, Imagine that scene in Lady and the Tramp if the pasta had been even longer!! Shorter lengths didn’t become popular until the second half of the 20th century. Nowadays spaghetti is mostly 25–30 cm in length.

Most food historians believe that it was the Arabs who introduced spaghetti to Europe during the conquest of Sicily. Certainly, Sicily appears to have been the first place in Europe where pasta was made in long thin strands and subsequently dried. So, it can be said that spaghetti is Sicilian in origin!

Other types of pasta (dough made from flour and water or eggs)  existed as long ago as ancient Roman times. However, after the introduction of industrial methods of production, the popularity of spaghetti spread throughout Italy and eventually much of the western world.

So many different sizes!

Here in Italy, supermarkets don’t have pasta sections, they have pasta aisles! What they have are spaghetti sections! Not only are there many pasta brands for the same pasta types, but for each type there are also a number of different thicknesses or sizes. The main rule is the lower the number, the finer the pasta.

Unfortunately, this doesn’t mean that spaghetti No 5 made by one producer is exactly the same thickness as the no 5 made by another producer! They may also not even have the same texture. The fineness and surface texture can vary from one producer to another depending on the method of production. The secret seems to be finding the brand you like best out of all those on offer and making your choice depending on what you are going to make with it! 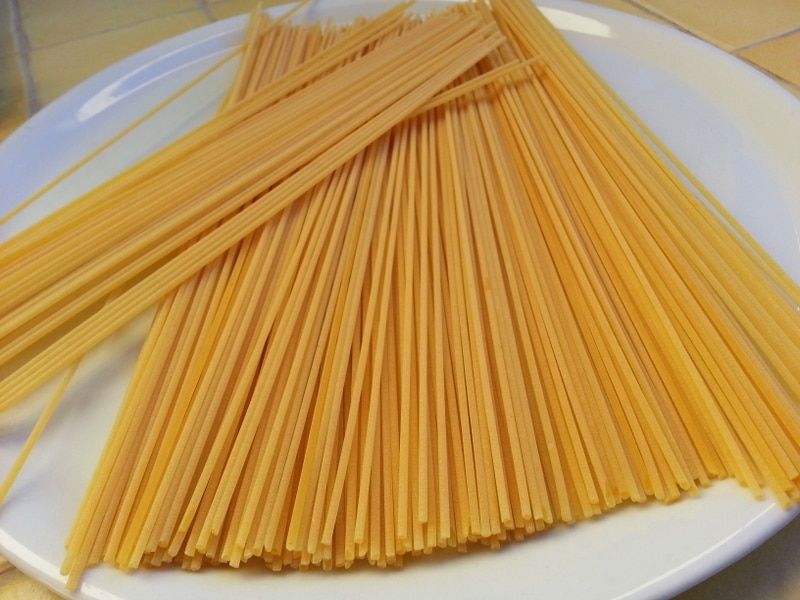 In Italy, certain pasta dishes are traditionally made with a particular type of pasta. So, needless to say there are quite a number of pasta recipes from different parts of Italy for which Italians prefer to use spaghetti. Interestingly Bolognese sauce is not one of them! Traditionally that is made with tagliatelle. Among the most popular and well known recipes are carbonara, alle vongole (with clams), amatriciana, aglio e oli (garlic and olive oil), good old tomato sauce and puttanesca. 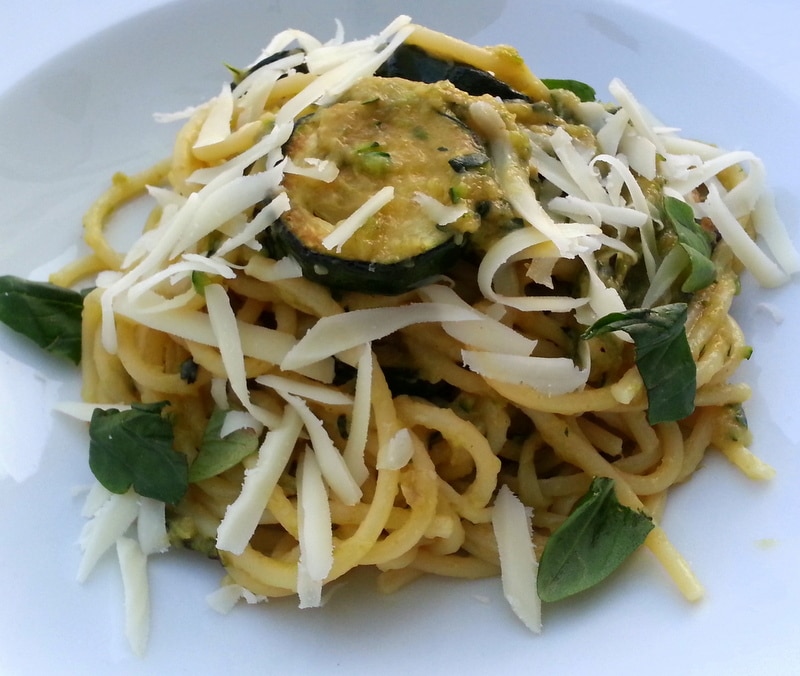 All this talk of delicious dishes has put me in the mood for a nice plate of spaghetti with fried zucchini for dinner! Have you ever eaten or cooked that? It’s one of my favourite recipes here on the blog!

Have a good day!