Gramigna with sausage from Bologna. 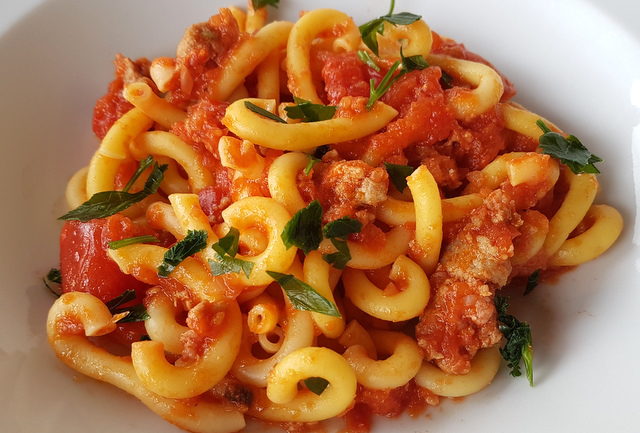 Despite not being as well-known as other classic pasta dishes from Bologna, gramigna with sausage is a common and popular menu item in Bologna’s homes, restaurants and trattorias. The simplest and most traditional version of this sauce only has three ingredients: sausage, tomatoes, and onion. (go straight to recipe)

Bologna and the Emilia-Romagna region in general are famous for the food. The most known and loved pasta dishes from Bologna are, of course, tagliatelle (as opposed to spaghetti) bolognese and lasagne bolognese, both made with fresh egg pasta and everybody’s favourite meat sauce bolognese, versions of which are cooked all over the world. I say versions because they often include ingredients not found in traditional Bolognese, despite being labelled as such.

But I digress! Bolognese sauce is a topic I have written about in another post! However, tagliatelle and lasagne bolognese are not the only typical pasta dishes from this region and city. Far from it! 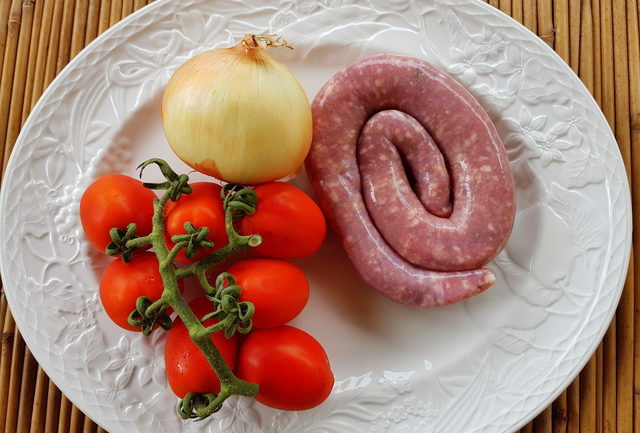 Despite not being as well-known as other classic pasta dishes from Bologna, gramigna with sausage is a common and popular menu item in Bologna’s homes, restaurants and trattorias. The simplest and most traditional version of this sauce only has three ingredients: sausage, tomatoes, and onion. Having recently made it for the first time, I can safely say that it is absolutely delicious despite its simplicity. In fact, it’s hard to think of another pasta dish which is not only so simple but at the same time hearty and filling, whilst being so easy to make. The use of sausage instead of ground beef certainly adds depth of flavour. I’m sure that once you’ve tried it, it will be a regular addition to your family menu repertoire! 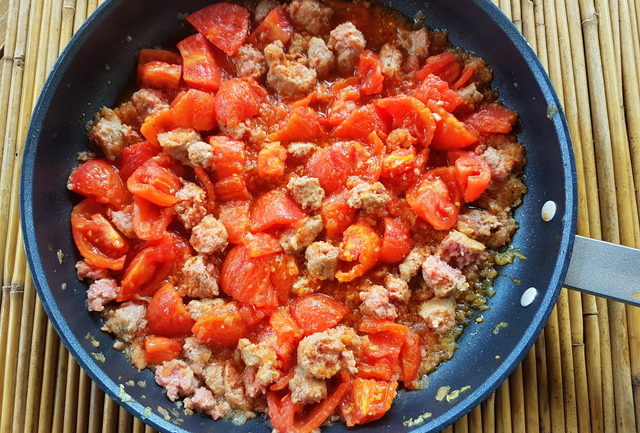 Gramigna are short squiggly hollow tubes of pasta, originally homemade but now mostly made with an extruder. They used to be only eaten as a fresh pasta but, nowadays, they are also available dried, although production is mostly artisan and they’re not so easy to find in shops or supermarkets outside of Italy. However, you can buy Gramigna on Amazon.com and there are also many artisan Italian pasta makers who have online shops and will send even small orders overseas. Like many Italian pasta shapes, gramigna evolved over time, however they aren’t an ancient type of pasta. When extruded, the fresh homemade and dry factory versions look similar, but the homemade pasta tends to look less uniform and actually slightly less squiggly!. 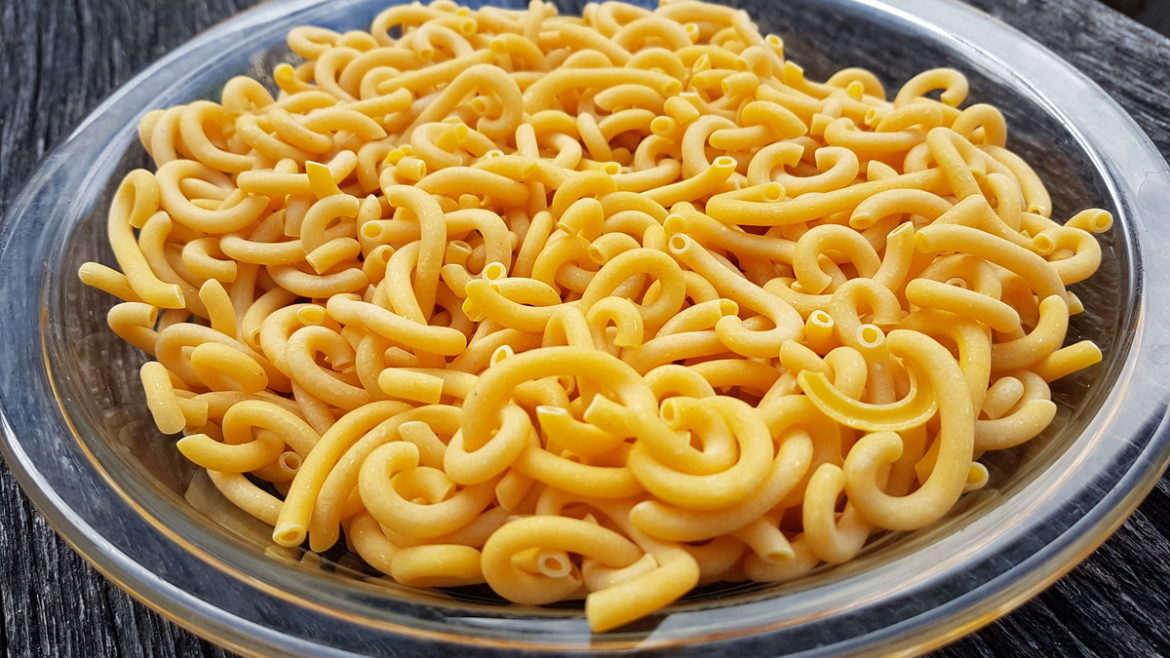 If you want the sauce less simple.

There are other versions of this sausage sauce apart from the simple 3-ingredient one I used in the recipe on the next page. Some people include cream or milk, garlic, rosemary or other herbs and celery or carrots. However, my recipe is for the simplest version. Maybe one of these days I’ll try making it a different way. But then again, maybe not!

If you do try this gramigna with sausage recipe, I’d love to hear what you think. Please write a comment here on the blog or post a comment on the Pasta Project Facebook page.

Other sausage pasta recipes on The Pasta Project 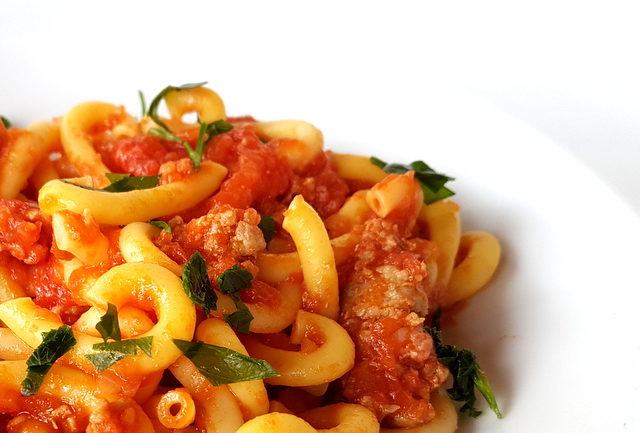