A timballo of oven-baked anelletti is the most popular “pasta bakes” in Sicily, particularly for Sunday lunches, special occasions and holidays such as Christmas. It takes a little time to make but the looks on your guests’ faces will make it worth it!

The first time I saw this dish I thought it must be quite difficult to make. But, having done it (I confess with my Sicilian husband’s help!), I can say the only aspect that needs to be taken into account is that, for a pasta dish, it takes quite a long time to make. However, the looks on your family or guests’ faces will be worth the time you put in..I promise you!

(This post first appeared in 2017 but has been updated)

Anelletti are little rings of dry pasta of about one centimeter in diameter. In Palermo, baked anelletti can be found in most restaurants and eateries, from fast food establishments to the bars with delis. This pasta is also cooked a lot at home, although the recipe here is made mostly on Sundays and feast days because of the long preparation required.

Rather than make a timballo many people also just bake the pasta with meat sauce in a normal oven dish, which is easier but doesn’t look as impressive!

In Sicily, you can also find single portions of baked anelletti, called “timbaletti”. These are prepared in aluminum containers in the shape of a truncated cone and are a popular takeaway snack.

The base of this baked anelletti dish is a ragu similar to Bolognese. However, in Sicily, the ragu is almost always made with the addition of peas. Apart from the meat sauce ingredients and the anelletti pasta, you only need some cooked ham and cheese. For the inside of the timballo, I used caciocavallo, a stretched-curd cheese produced throughout Southern Italy. I also covered the top with grated Parmigiano Reggiano. You can also use pecorino.

Among the many variations of this recipe are some with boiled eggs in the filling, and cheeses other than caciocavallo for example, provola or primo sale. Sometimes the pasta is encased in pastry or the outside of the ‘timballo’ is covered with slices of fried egg plant instead of breadcrumbs. This looks absolutely amazing! Take a look at my parmigiana timballo recipe to see an example.

I hope you give this timballo a go because it’s a wonderful dish, perfect for family occasions and holidays.

If you do make this Sicilian baked anelletti timballo recipe, I’d love to hear how it turns out and if you liked it. So, please leave a comment here on the blog or on The Pasta Project Facebook page.

Another anelletti recipe to try. 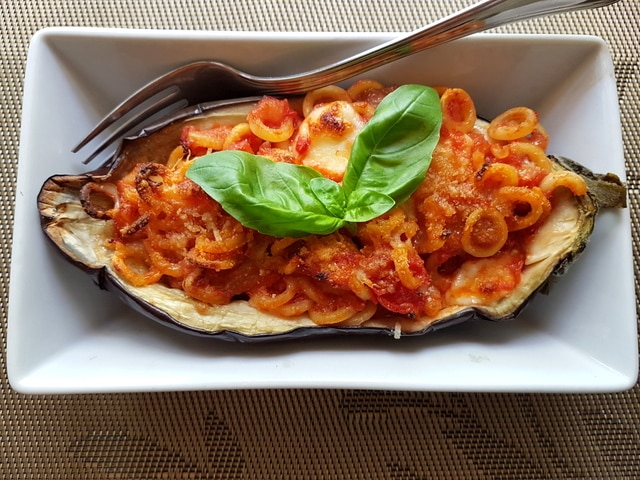 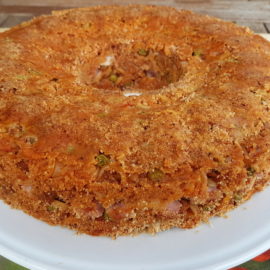 For the meat sauce (ragu)

While the sauce is cooking you can get on with the rest of the dish.

If you are interested in learning how to make homemade pasta and different types of gnocchi, check out my shop page for some great video online courses from my friends in Rome! Nothing beats learning to make pasta from Italians! Plus while you’re there why not order a copy of my newly published autumn/winter pasta recipes cookbook?