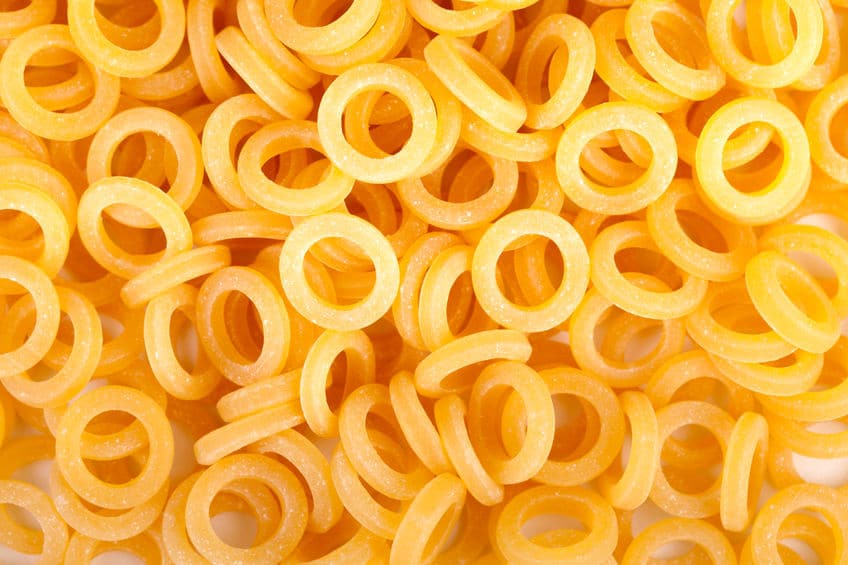 Anelli/Anelletti: the neat round spaghetti you can eat with a spoon!

Being a 60’s child and having grown up in London, I have to confess that my first experiences with pasta were limited to mum’s ‘spag bol’ (when the pasta was deemed cooked if it stuck to the kitchen tiles when thrown against the wall!) and pasta out of a tin! Now of course, I wouldn’t dream of eating pre-prepared tinned pasta meals, but back then my mac & cheese, spaghetti in tomato sauce and pasta hoops all came with labels like H 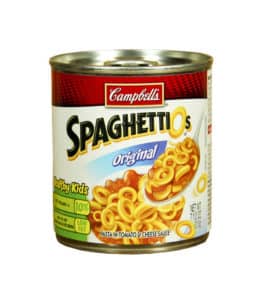 einz! Do any of you remember or know Campbell’s spaghettiOs?

Well those are anelli! I recently read that not only are SpaghettiOs still being produced, but they sell over 150 million cans a year! When Campbells first launched them on the market they used the advertising tag line “The neat round spaghetti you can eat with a spoon” I just love that! Round spaghetti!

Anelli or anelletti, as they are called in Sicily, are thin dry ring shaped pasta often used by Italians in soups, salads and oven baked pasta dishes. In fact ‘anelli’ in Italian translates as ‘small rings’. There is also a smaller version of this pasta called ‘anellini, which are tiny rings used mostly in soups.

The bigger ring shape works particularly well in pasta bakes; covered with a choice of sauce, topped with mozzarella and parmesan and baked under a medium heat. This type of baked pasta dish is also known as ‘timballo’ in Southern Italy and are often made to look like a pasta cake or pie! They are a delicious favourite with young and old and are traditionally baked this way to celebrate the New Year and other holidays in Sicily, from where they originated. So I guess Campbells didn’t invent them! Of course you can also make homemade SpaghettiOs by serving anelli in a tomato sauce. I’m sure that would be tastier and more nutritious than out of a tin! 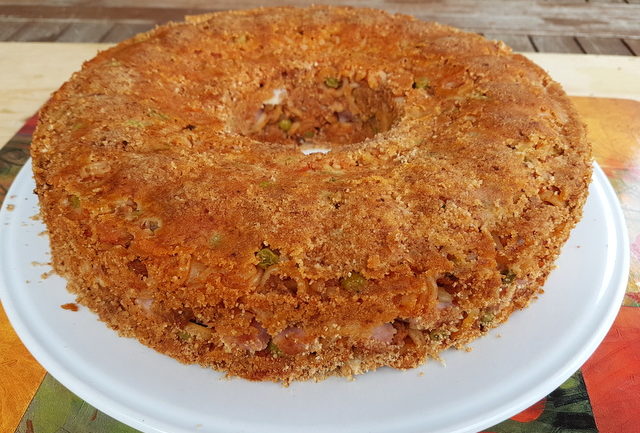 Take a look at the recipe for baked anelletti timballo. It’s actually not that difficult to make and the family will love it! Just click this link! Anelletti timballo recipe

Other recipes for anelletti on the pasta project. 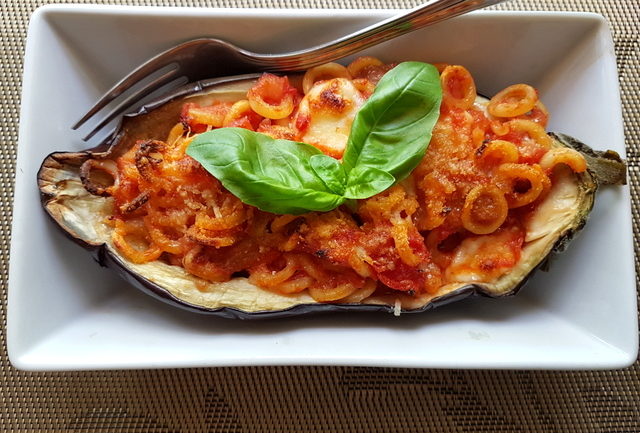 Save this for later?