Inspired by the currently dormant Vesuvius volcano that towers over Naples and dominates the surrounding area, vesuvio pasta is a fabulous modern pasta shape that looks beautiful and holds sauces really well. Vesuvio pasta is a short pasta with a larger base gradually spiraling up to a thinner tip. Some people also say it looks like a spinning top! 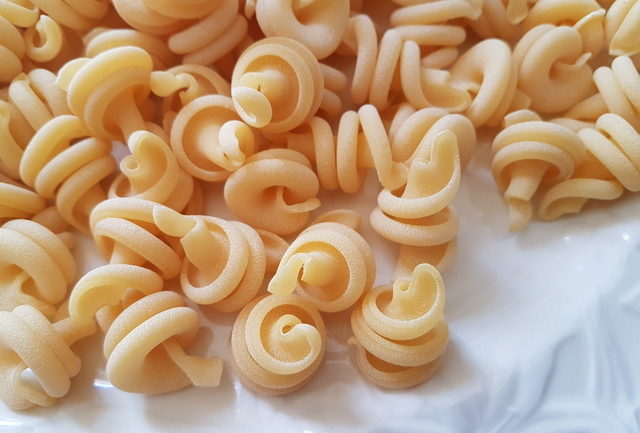 Although not an antique traditional pasta shape, vesuvio pasta is only made by pasta makers in Campania, particularly Gragnano. Gragnano is located about 30 kilometres southeast of Naples. It is probably the most well-known Southern Italian pasta making town. Dried pasta from Gragnano is considered one of the best in Italy. In fact, for pasta makers to name their product ‘pasta di Gragnano’, the pasta must be produced in a legally defined area in and around the Bay of Naples and it must be made by mixing Italian durum wheat flour with the calcium poor water of the Monti Lattari. The dough is extruded through rough bronze dies and dried at low temperatures in the mountain air. The result? Fabulous pasta! 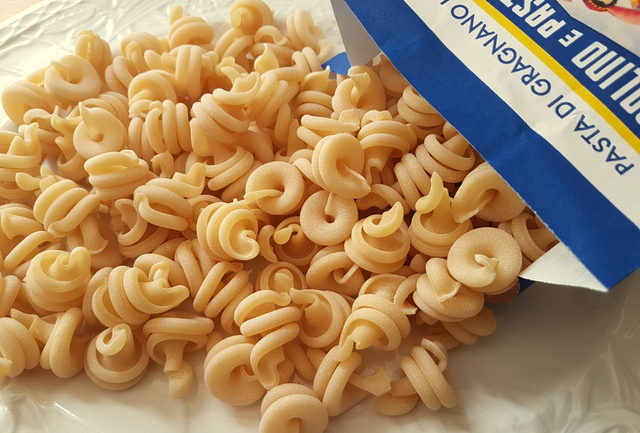 Vesuvius one of the most dangerous volcanoes in the world!

The skyline of Naples and most of Campania is dominated by Vesuvius. This volcano, after which vesuvio pasta is named, is best known because of the eruption in 79AD that destroyed the cities of Heraculaneum and Pompeii, killing around 30,000 people! Vesuvius is considered one of the most dangerous volcanoes in the world because of its proximity to Naples and other towns. The last big eruption was in 1944 but there have been a number of earthquakes in the area around the volcano since then. Although now considered dormant, many believe it’s not a question of if Vesuvius will erupt again but only when! 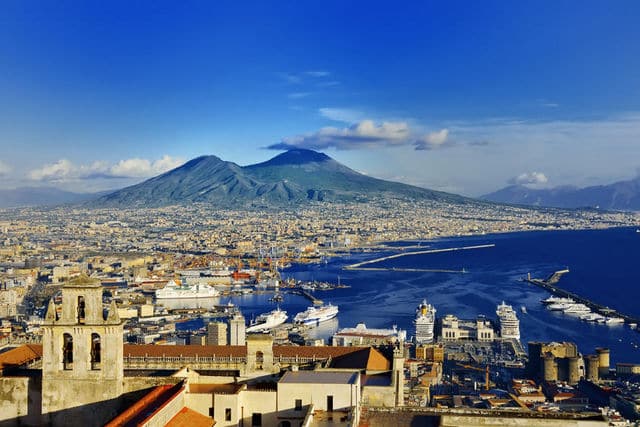 You may wonder why people would live on the slopes of an active volcano. I certainly did when I first moved to Italy. My hubby is from Sicily and grew up on the slopes of Mount Etna, Italy’s largest active volcano. There are a number of reasons but historically the main reason is that the slopes and land around a volcano are very fertile with nutrient rich soil. Consequently harvests of the various fruits, vegetables and grains grown are healthy and rich! 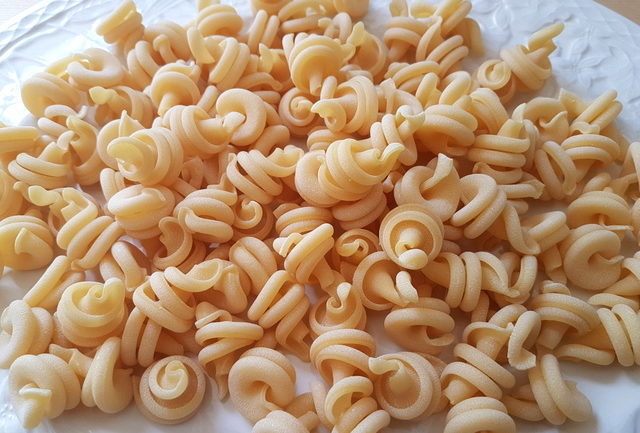 Back to Vesuvio pasta.

As far as I know vesuvio pasta can be found in many countries outside of Italy. Quite a few pasta makers produce it and export it overseas. If you can’t find it in your local store, search online. Among the companies I know make vesuvio pasta are Afeltra, Gentile, A. Amodio and Faella. All obviously pasta producers from Campania and Gragnano. 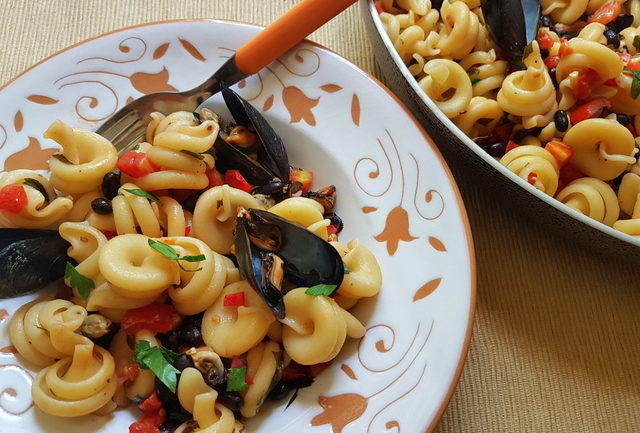 Vesuvio pasta with mussels and beans

The first recipe I have posted using vesuvio pasta is a typical recipe from Campania for pasta with mussels and beans (pasta con cozze e fagioli). The vesuvio pasta was perfect for this dish. If you try it, you’re bound to agree! Because this is a modern pasta shape, there aren’t specifically traditional recipes for it. However, I think it would be a great substitute in fusilli recipes like this fusilli with tomatoes, basil and burrata cream or baked pasta recipes such as this pasta baked with gorgonzola, pancetta and mushrooms.