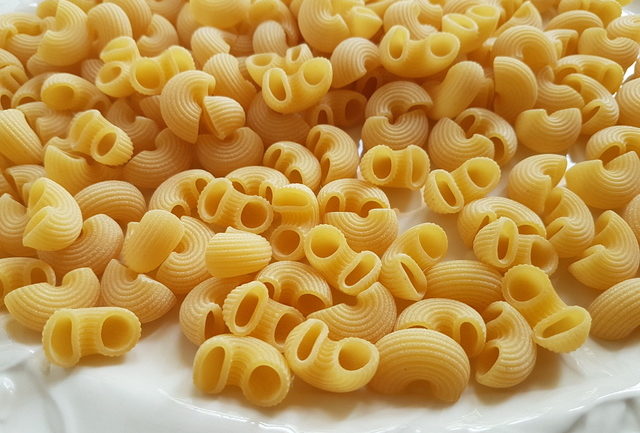 A pasta with many names!

The word ‘gomito’ means elbow in Italian. So, this is one of the names Italians give to America’s favourite pasta and the main protagonist in ‘mac and cheese’. However, the world of Italian pasta isn’t always that straight forward. Gomiti elbow pasta can also be found with different names or have slightly different shapes.

What Americans refer to as elbow pasta is usually a half-moon shaped short hollow pasta tube which is sometimes slightly twisted. What Italians call ‘gomiti pasta’ often looks more like a small snail shell with a roundish opening on one end and more of a slit on the other. This shape is also sometimes called lumachine or lumache, meaning little snails or snails. Some pasta companies, however, call this pasta pipette (little pipes!) or pipe (pipes). 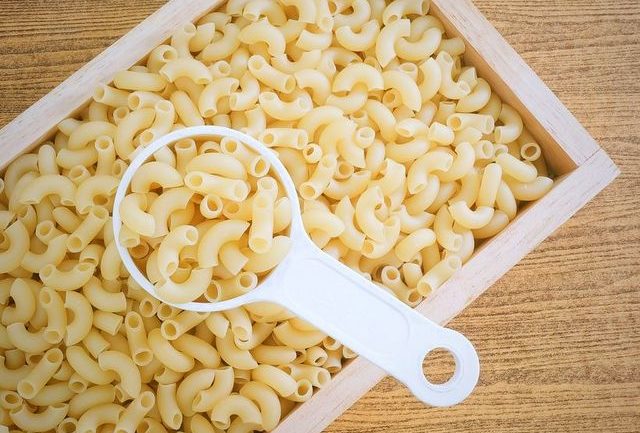 In Italy, you can find gomiti pasta looking like a small snail or more like American elbow pasta. This latter shape is also sometimes called chiffieri, after the Austrian crescent shaped biscuits ‘kipferl’. American elbow macaroni is usually smooth (lisce) without ridges (rigate). Here in Italy, whether called gomiti, chifferi, pipe, pipette or lumache, elbow macaroni can be bought smooth or ridged and in different sizes.

In USA, the word macaroni is usually synonymous with ‘elbow macaroni’, although some people use it to refer to pasta in general. However, in Italy, the word is spelt ‘maccheroni’. It is a generic term for different types of short, hollow pasta tubes many of which have other more specific names. Having said that, some longer tubes are always referred to as maccheroni and there are also spaghetti type pastas too, such as maccheroni alla chitarra. 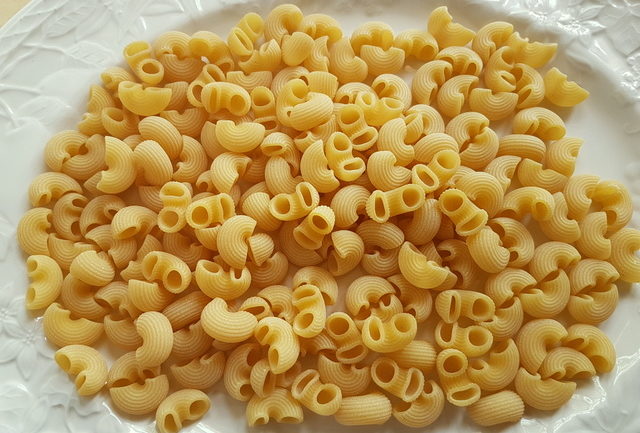 The etymology of the word maccheroni is quite complex. But, it is believed to come from the ancient Greek word ‘makaria’. This was a meal eaten at funerals or to commemorate the dead!

Although the combination of pasta with cheese originated in Italy, the earliest known recipes were made with flat pasta such as lasagne or flat pasta squares. The dish we know as ‘mac and cheese’ has a disputed history. Some historians say it was invented in England. Others claim Switzerland as its birthplace. Certainly, Thomas Jefferson appears to have been the person to introduce it in USA after he ate it in Paris! 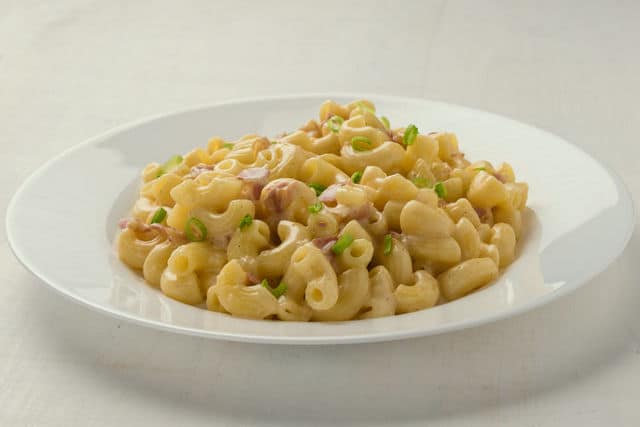 Here in Italy, ‘mac and cheese’ doesn’t really exist. The closest popular recipe is pasta with 4 cheeses (ai 4 formaggi). This recipe is usually made with cheeses such as Fontina, Gorgonzola, Parmesan and Emmenthal, but combinations vary. Italians also usually make this dish with a tube pasta such as penne, rigatoni or short bucatini, rather than gomiti elbow pasta. 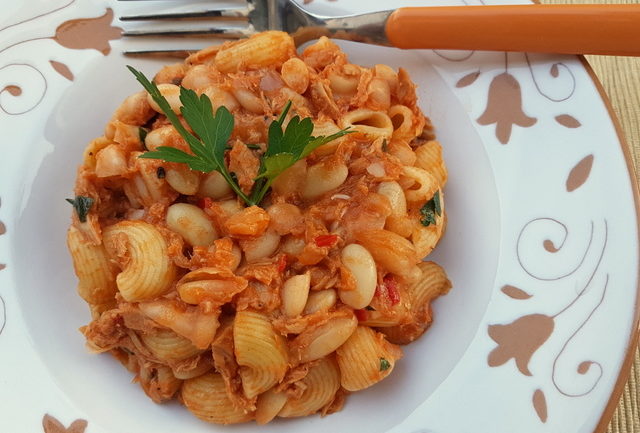