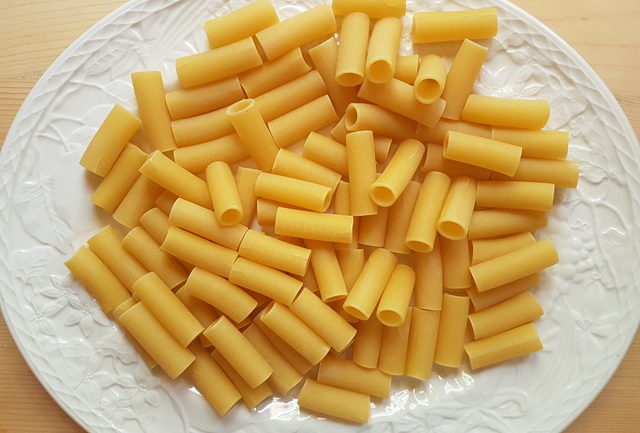 Most pasta companies that make this pasta shape (and there are many) say this pasta is called occhi di lupo because when you look at the pasta tube from the end, the cross section resembles a wolf’s pupil! Perhaps at a stretch of the imagination! 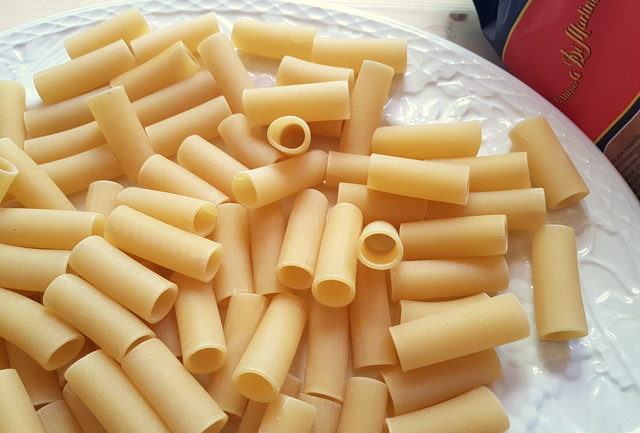 However, the wolf is an important animal in Italian culture and folklore.The eye of the wolf is said to cast a spell that will take away a man’s voice! In addition, a very common Italian expression meaning good luck, or break a leg, is ‘in bocca al lupo’!  This translate to ‘in the mouth of the wolf’!  Also, it is traditional for Italian opera singers to raise a toast to the wolf before going on stage! Actually, the list of wolf references in Italian history and folklore is pretty lengthy. So, I guess that is why this pasta is called occhi di lupo rather than after another animal. 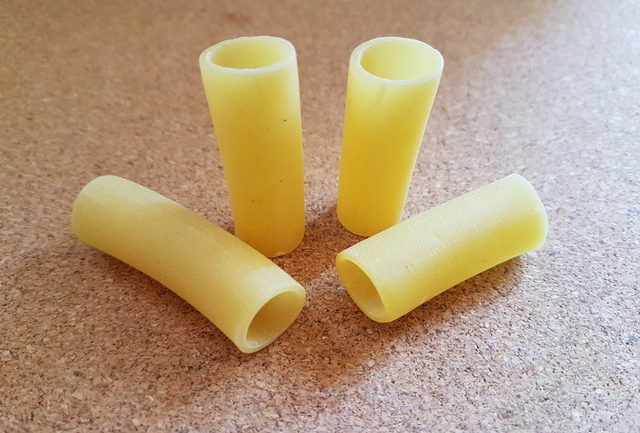 Where is occhi di lupo pasta from?

Although the origins of this pasta shape have been lost, this is definitely considered to be a typical Southern Italian pasta particularly from Naples in Campania. Many Neapolitan pasta companies, including those who make Pasta di Gragnano IGP produce a version of occhi di lupo pasta.

Who makes this pasta?

This pasta is a largish pasta tube most often made with a smooth surface, although I have seen some ridged versions (rigate). Many companies also make mezzi occhi di lupo which are half sized wolf’s eyes pasta.  I have noticed that there are slight variations in the size of this pasta. Some companies make it wider than others. It seems that there isn’t a standard size. 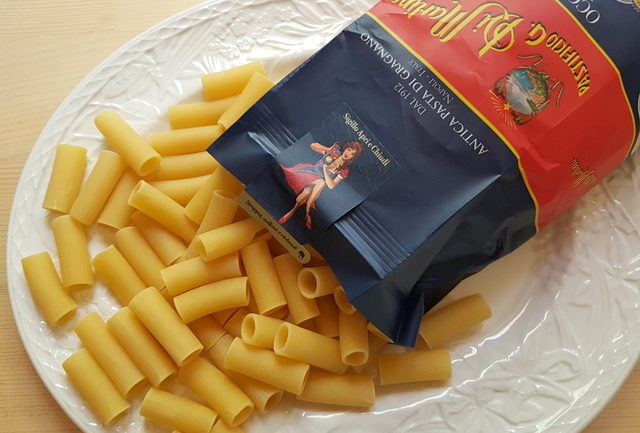 As I mentioned above a lot of companies make this pasta shape here in Italy, although I don’t know how available it is abroad. Among the brands that I know of are Pasitificio dei Campi, Di Martino, Divella, Garofalo, Granoro, D’Aragona and Gragnanesi. Of course there are more.

Italians use both occhi di lupo and mezzi occhi di lupo in all kinds of recipes. This pasta is great with a meat sauce or seafood or just vegetables. It can also be baked and even filled. The filling is usually ricotta. The first recipe I have posted with occhi di lupo pasta is a Sicilian one with ricotta and pistachio. This is a wonderful easy to make light summer pasta recipe. 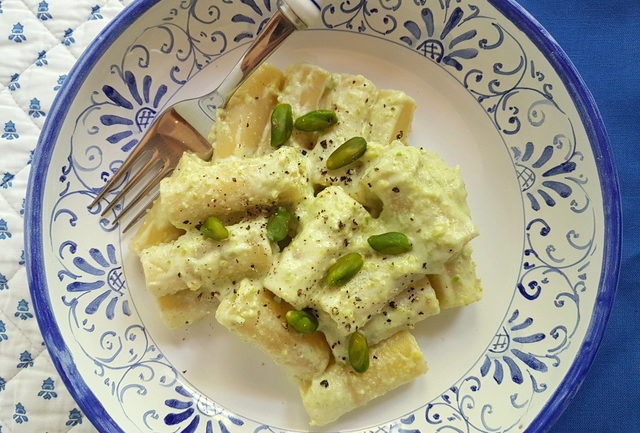 I’m looking forward to using this pasta in more dishes and sharing those recipes here on The Pasta Project.In the meantime, there are a number of recipes made with other pasta which would work well with occhi di lupo. Here are a few to check out.