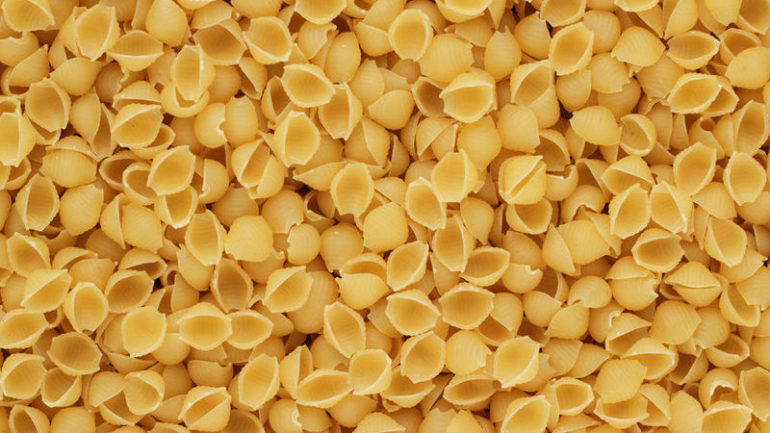 Sea shells aren’t found only on the seashore!

Commonly called ‘shells’ or ‘sea shells’ because of their shape, conchiglie is a type of pasta that do actually look like conch shells. In fact, the word ‘conchiglia’ in Italian means sea shell. They are usually sold dried in a plain durum wheat variety, but can also be found in coloured varieties with natural colouring, such as tomato extract, squid ink or spinach, or in a whole wheat version.

Conchiglie have a ridged exterior and smooth interior which means that the inside fills up when stirred in the sauce, whilst the ridges enable the sauce to adhere to the outside as well. So every mouthful is totally delicious!

This pasta shape comes in 3 sizes. Conchigliette are the smallest and traditionally used in soups. Conchiglie are the middle-sized version and are very good with thick sauces, but can also be baked. Finally, conchiglioni are the jumbo shells, which are similar in size to lumaconi (snail shell pasta) and are excellent stuffed and baked. 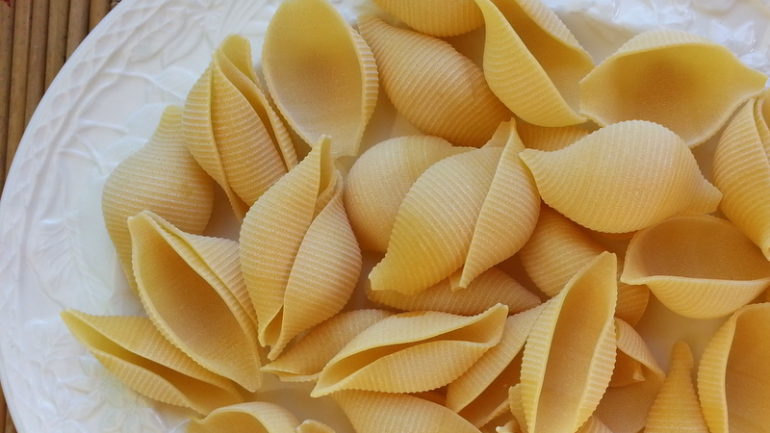 The best conchiglie pasta is made from hard durum wheat which holds up well during cooking. Hard wheats hold their shape better especially when boiled and then baked as is often done with the jumbo pasta shells, conchiglioni.  As with other dried pasta, I prefer conchiglie from Gragnano (pasta di Gragnano) home to some of the best pasta makers in Italy, although of course, other companies produce good pasta too.

Pasta shells with tuna and ricotta

Conchiglie aren’t a very ancient pasta shape and are only produced dried. Because they haven’t been around for very long they don’t have a history which is particular to a certain Italian region, although they seem to be more popular in the South. Probably because Southern Italians eat more dry pasta and the Northerners eat more fresh pasta. Plus many specialty pasta shapes were first produced in the South, especially in Gragnano near Naples, which is the place I mentioned above. 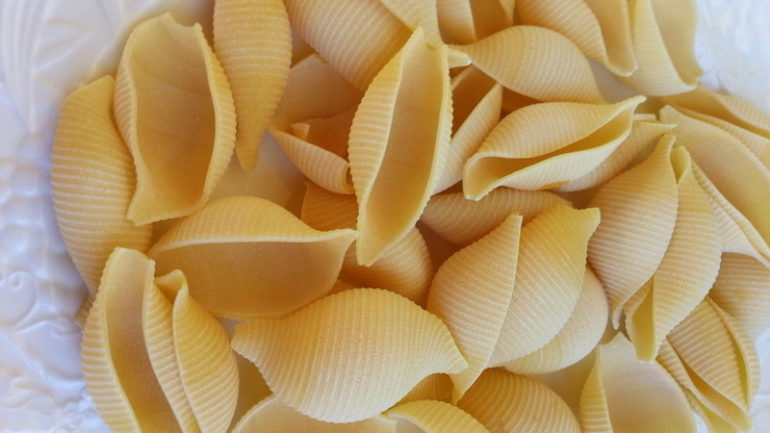 There are many wonderful recipes throughout Italy for these shell pasta shapes. They are served with meat, fish, and vegetable sauces and the small conchigliette are used in soups, with pesto sauce, and in salads. I’m looking forward to sharing some of these recipes with you. In the meantime, if you have never tried them and you see conchiglie or shell pasta in your local supermarket, stick it in your basket.  You won’t regret it!

Recipes on The Pasta Project for pasta shells

Pasta shells with tuna and ricotta 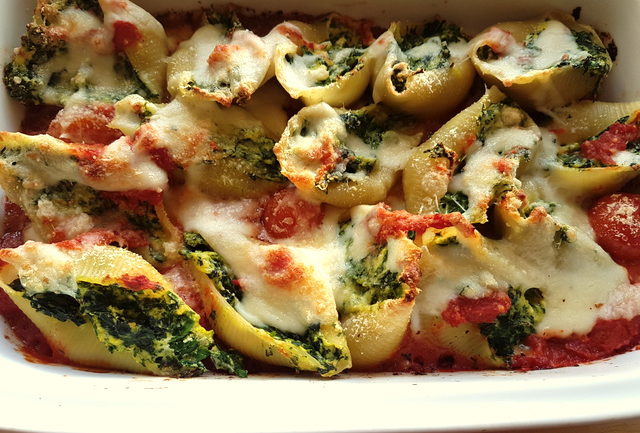