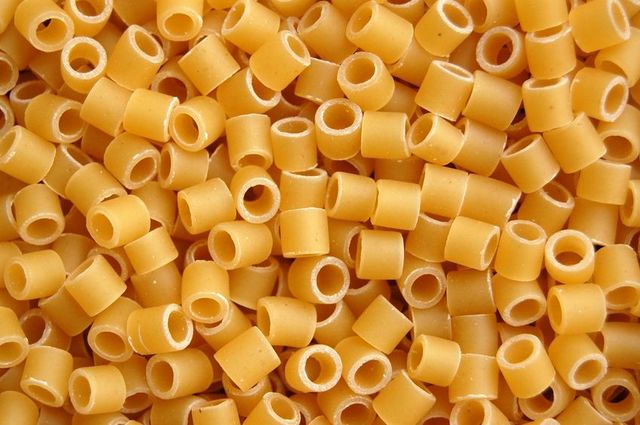 I wanted to make a particular pasta dish from Calabria with ditaloni pasta as per the recipe I was going to follow. So off I went to the supermarket, searched along the pasta aisle (Italian supermarkets have long pasta aisles, sometimes two!) found a packet of ditaloni and proudly brought it home! My Sicilian hubby took one look and told me the pasta I had bought wasn’t ditaloni, but ditali, despite what it said on the packet!

The world of Italian pasta can be very confusing, not only because there are so many pasta shapes but also because for most pasta shapes there isn’t really an official standard for pasta makers to follow. What there is are commonly accepted measurements and shapes for particular pastas with a bit of overlapping, name borrowing and a ‘va bene cosi’ (it’s okay like that!) attitude when it comes to homemade pasta!

Italian pasta names usually end with masculine plural suffixes,  -ini, -elli, -illi, -etti or the feminine plurals -ine, -elle etc., all of which mean “little”; or with -oni, -one, which mean ‘big’. Other suffixes such as -otti ‘biggish’ and -acci ‘rough’ or ‘badly made’ can also be found. ‘Ditale’ in Italian means ‘thimble’. So, the ‘ditale’ pasta group contains 3 sizes of short pasta tubes; ditaloni, ditali, ditalini; big thimbles, little thimbles, and very little thimbles! 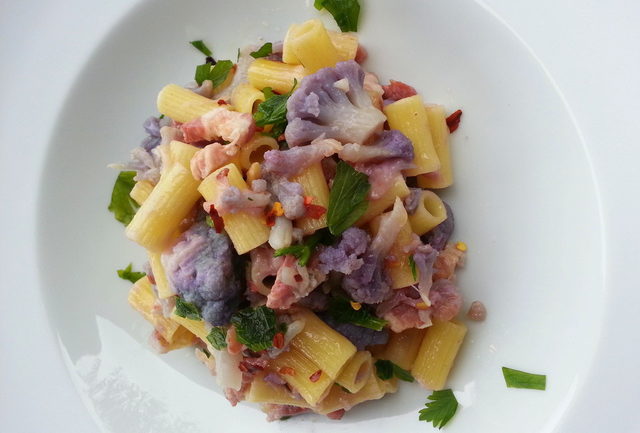 Ditalini are pretty small and mostly used in soups. Ditaloni and ditali are bigger and work well in creamier soups, in salads, pasta bakes, and with a number of pasta sauces including tomato, meat, and seafood sauces. All three sizes can be found in two versions, grooved ‘rigate’ or smooth ‘’lisci’. Grooved pasta is usually served with heavier sauces and smooth pasta in soups or with lighter sauces. 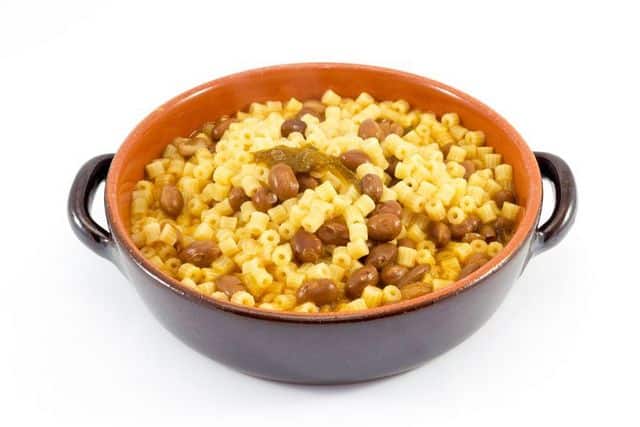 These ‘ditale’ pasta shapes are normally sold and used as dry pasta and originated in Southern Italy, particularly Campania. But they are used in many traditional dishes, especially soups in Calabria and Sicily as well. I used them in a wonderful recipe from Calabria with purple cauliflower. They are also quite popular here in the North and are often used in the very delicious, traditional pasta with bean soup.

As a footnote I also came across a bit of historical information about ditalini. Apparently once upon a time (they’ve been around for ages) they were also called ‘Garibaldini’ after Italy’s famous son, but luckily that name didn’t stick. After all, ‘Garibaldoni’, Garbaldini and ‘Garibadali’ all sound like a bit of a tongue twister! Don’t you think?