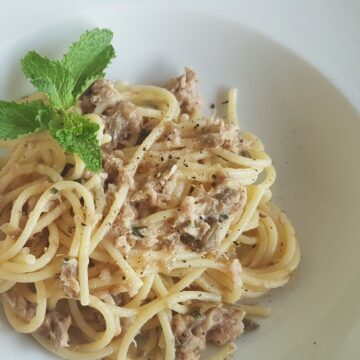 This recipe from the Aeolian Islands is a no-cook recipe, meaning you only cook the pasta. The combination of tuna, capers and mint mixed in lemon juice and olive oil gives this dressing a lot of flavour and the result is so fresh and summery.

Some people make this dish without using a blender or food processor, just mixing the sauce ingredients together in a bowl. The sauce can also be cooked, but I like it the way I have described in the recipe best.

You can use other types of long or short pasta, depending on your preference. However I would recommend dried pasta not fresh if you want to make a creamier sauce using the pasta cooking water. 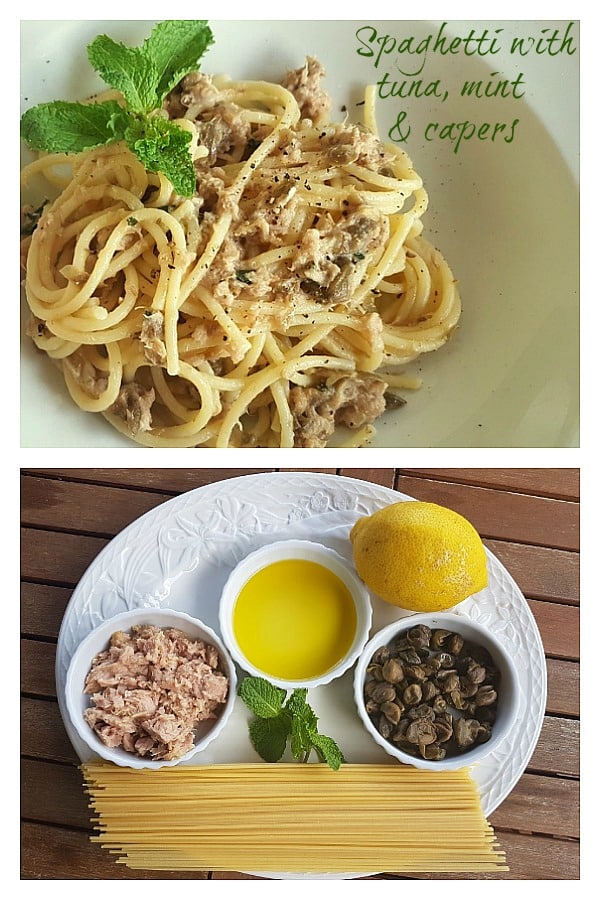