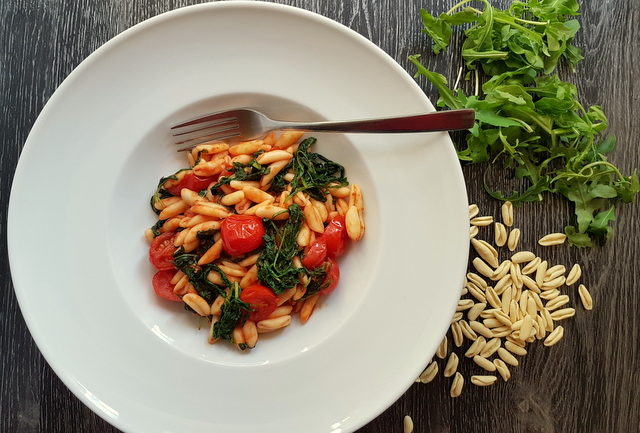 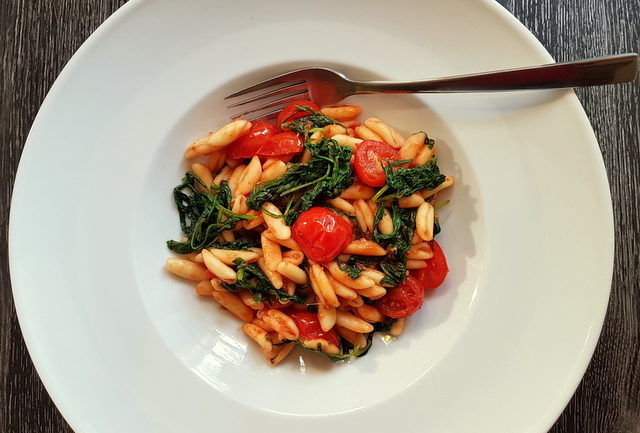 Both cavatelli and orecchiette are traditional pasta types in the beautiful Southern Italian region of Puglia. If you’ve never been, put it on your bucket list! Cavatelli originated in the neighbouring region of Molise, but is popular throughout southern Italy. Orecchiette pasta comes from Puglia and has been eaten there since the 12th or 13th century. Both these types of pasta are often homemade in the Southern regions, although you can buy dried versions throughout Italy. 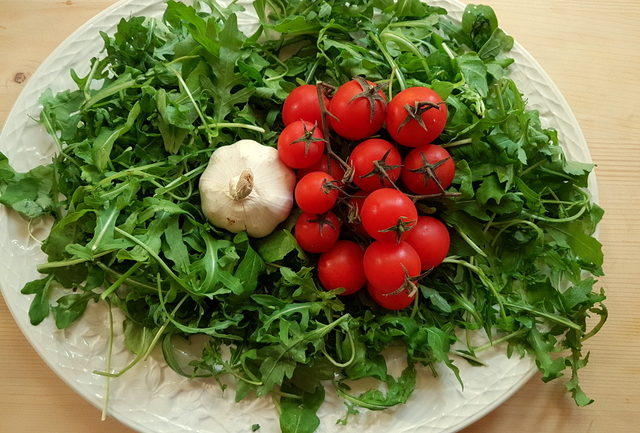 Cavatelli pasta with rocket is a very economical dish, typical of the rural culinary traditions of Southern Italy. It contains very few ingredients but, is really delicious! It’s the combination, freshness and quality of ingredients that makes these simple Italian pasta recipes so tasty. 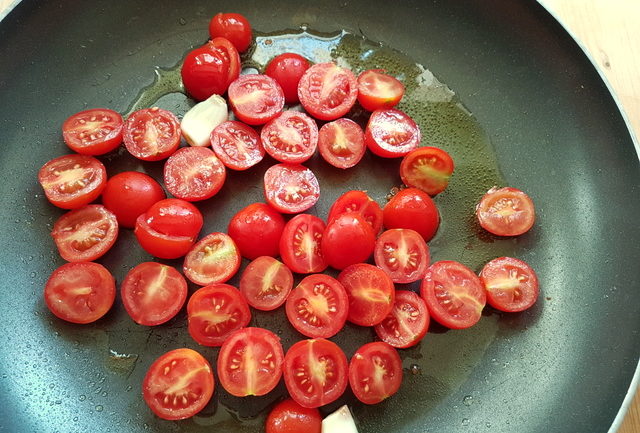 Traditionally, this cavatelli pasta with rocket recipe is made with wild rocket which grows in Puglia all year round. Wild rocket is much more aromatic and pungent than the greenhouse variety, but at the same time also has a marked bitter aftertaste that not everyone likes. I used cultivated rocket to make this dish. 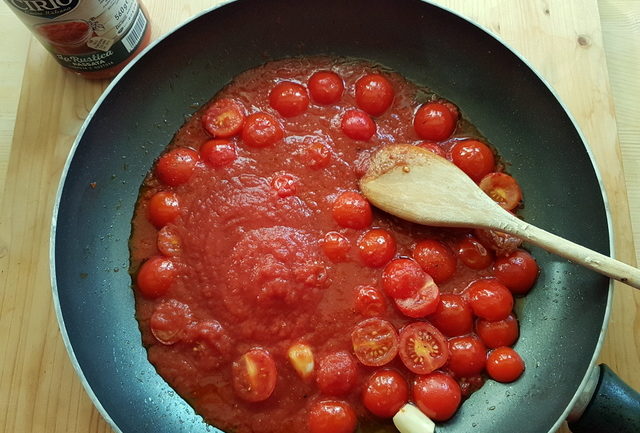 Rocket, also called arugula or rucola (in Italian), belongs to one of the healthiest groups of veggies known as cruciferous vegetables. This group includes kale, broccoli and Brussel sprouts. So, as you can imagine, rocket is very good for you. It is very high in nitrate which apparently helps reduce blood pressure. And, even contains a compound called sulforaphane that is believed to have cancer fighting properties. 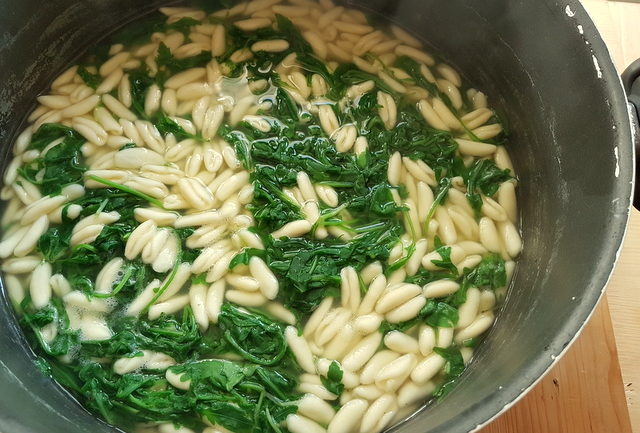 Rocket or arugula has been eaten in Italy since the times of Ancient Rome. However, it started life more as an aphrodisiac than a salad! The ancient Romans used it as a basic ingredient in love potions! In fact, the Romans often cultivated it in soils that housed phallic statues made to honor Priapus, the god of fertility! 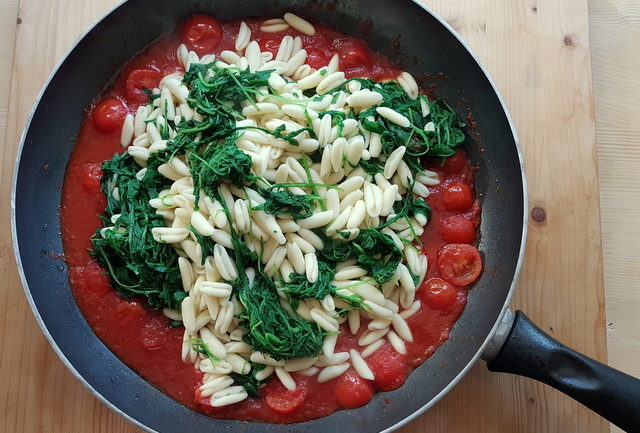 In the Middle Ages, however, rocket was banned from cultivation in the monasteries because of its notorious fame. However, these beliefs were not unfounded. Researchers from the Department of Pharmacological Sciences of the University of Milan and the University of Bologna have carried out studies to verify the effectiveness of rocket as a sexual stimulant!

Here in Italy, rocket is very very popular. Italians eat it mostly raw in salads or on pizza or as a pesto. However, it’s also delicious cooked, like in this cavatelli with rocket recipe. Rocket actually cooks faster that other greens like kale or collard greens and has more flavour than spinach or Swiss chard. 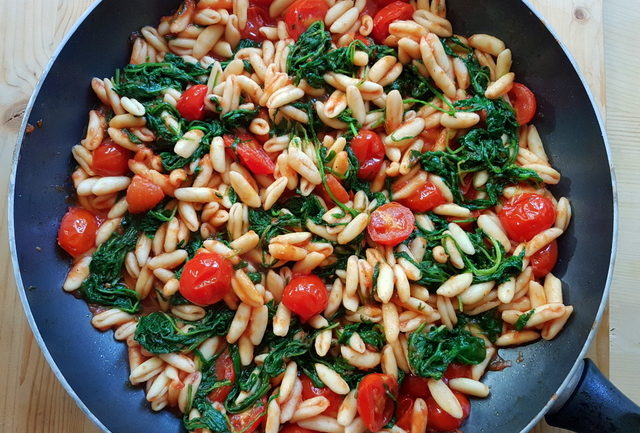 Many pasta dishes from Puglia involve cooking the pasta in the same water as the vegetables. Another popular example is pasta with broccoli rabe. This method of cooking not only gives the pasta more flavour, but also speeds up cooking times and produces less dirty pots and pans!

So, this cavatelli pasta with rocket recipe involves just two main steps. First to make a tomato sauce. You can use fresh peeled tomatoes, ready-made tomato passata or a combination of passata and cherry tomatoes, which is what I love to do! Second, boil the pasta and rocket in the same water. Then just drain and add to the sauce! Easy peasy! 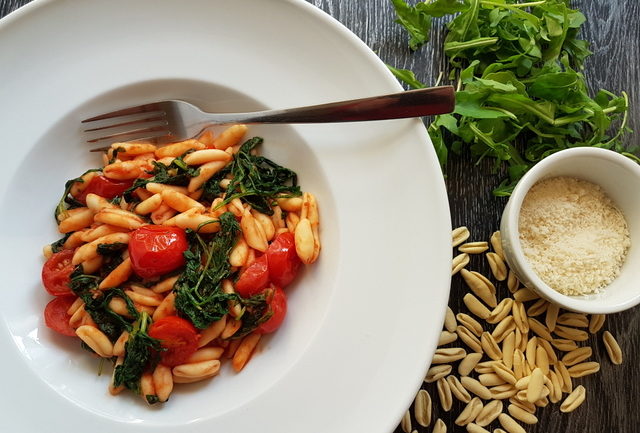 For added flavour people in Puglia often add a couple of anchovy fillets which certainly give the dish a umami flavout. But, you can leave them out for a totally vegetarian or vegan dish. Typical of Southern Italy, this cavatelli with rocket also has peperoncino (red chili pepper) and garlic. Both of these can be added in quantities depending on preference. If you like your pasta more garlicky or spicy, just increase the amounts in the recipe. 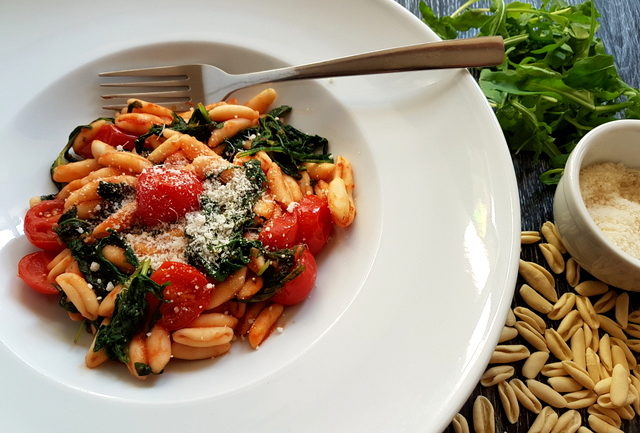 Finally grated cheese is often sprinkled on this dish before eating. However, different cheeses can be used. Some people prefer a hard ricotta or salted ricotta like ricotta salata or ricotta Marzotica.  Others use a softer ricotta such as cacioricotta, but you can also use pecorino.

Let me know if you try this recipe.

Whichever cheese you choose, I’m sure you’re going to love this dish. It can be on the table in 30 minutes. It’s tasty and healthy and, in addition easy to make vegan or vegetarian. What more can you want? 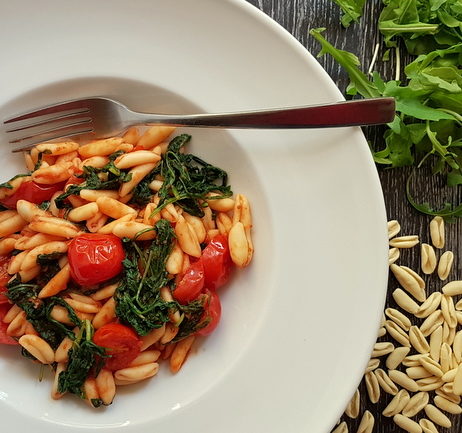 If you make this cavatelli pasta with rocket recipe, I’d love to hear how it turns out and if you liked it. So, please leave a comment here on the blog or on The Pasta Project Facebook page.

Other cavatelli recipes on The Pasta Project

Other orecchiette recipes on The Pasta Project 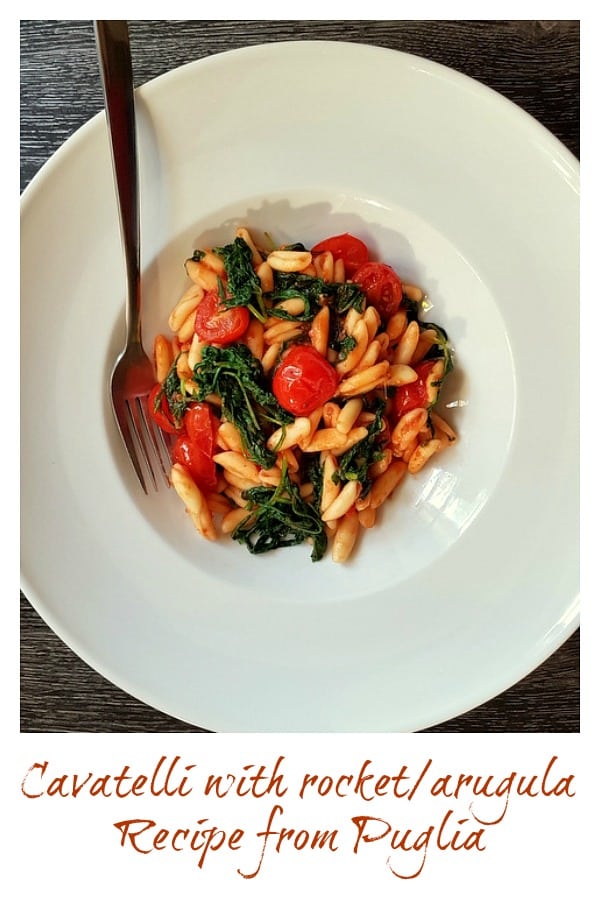 This recipe was originally published in 2018 but had been updated. 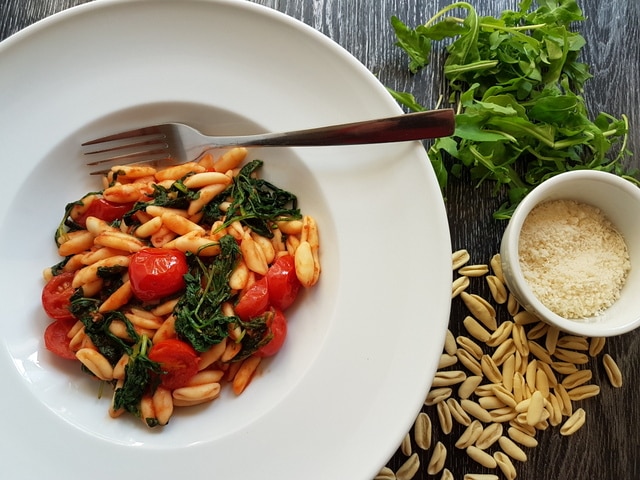 Traditionally this dish is made with cavatelli or orecchiette. But, you can use other short pasta such as penne.

Some people also add onions or olives and other herbs such as basil. Meat lovers may like to add pancetta or sausage meat. These need to be cooked at the beginning with the garlic and chili.

Use vegan cheese and no anchovies for a vegan version. Omit anchovies to make this recipe vegetarian. 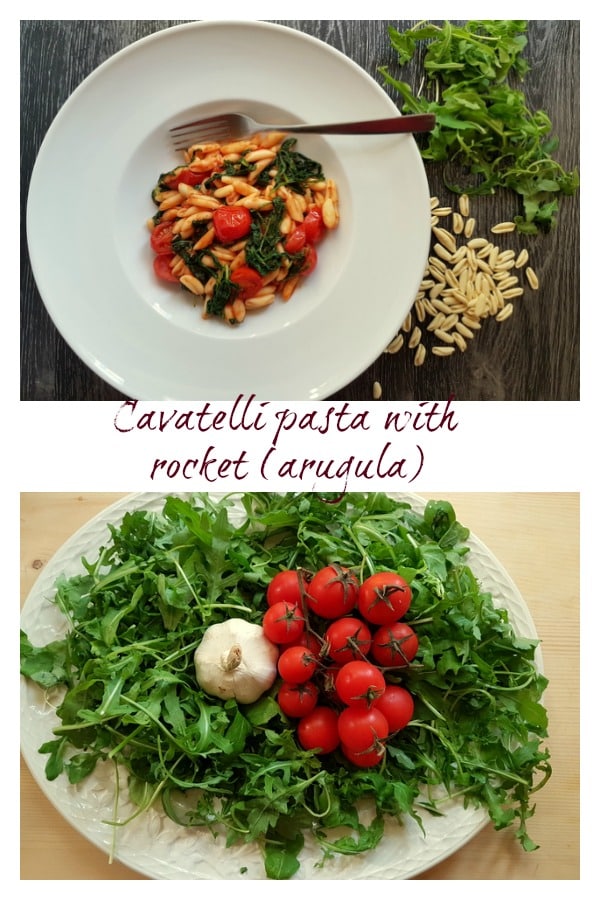 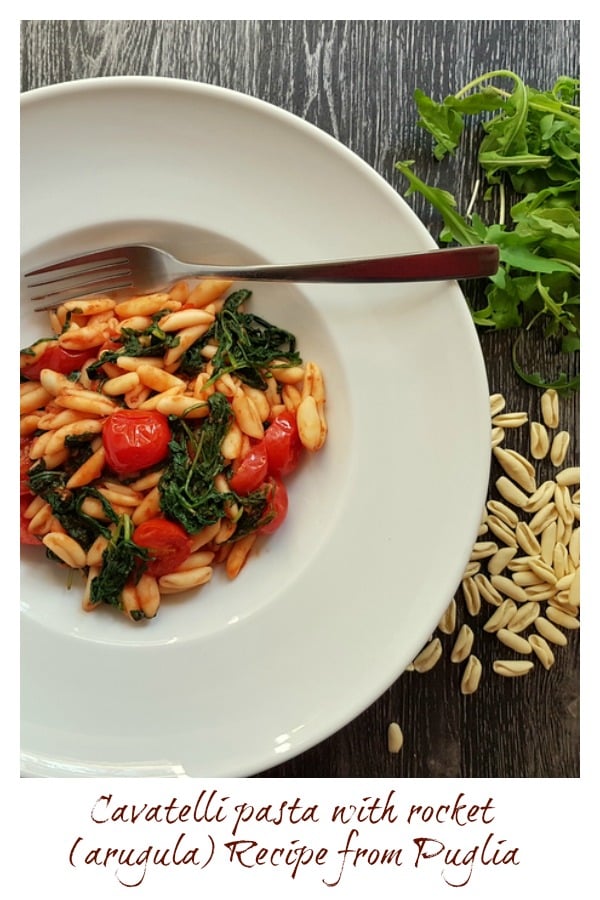